How to Really, Truly Forgive Without Being a Pushover

Yes, It's Possible to Be One Without the Other.

The similarity between a forgiver and a pushover is meekness. They're both willing to put their own feelings aside for another person, but no person wants to be pushed around and almost everyone wants to be able to forgive. Though there is a fuzzy grey area between the two, there's a way to be one without the other.

Here's how to really, truly forgive without being a pushover:

Pinpoint exactly what you're angry about

If you want to forgive someone, you first need to know what you're forgiving them for. Think deeper than just what appears on the outside.

For example, if you're upset because your best friend didn't call you on your birthday, think about why you feel that way. You're probably not upset because of a missed phone call but instead feel hurt that they didn't think of you on your special day.

Pinpoint exactly why you're angry so you can start to forgive.

Observe instead of judge

Don't jump to conclusions. Dr. Wayne Dyer says you can have inner peace when you stop judging and become an observer. And to truly forgive, you need to feel at peace with yourself and the situation.

Explain your feelings behind their actions

Show the person who hurt you that their actions have an impact on the people around them. It's possible they don't even realize they hurt you. Explain how you feel so they can make an effort to make amends and change.

Don't leave the person who hurt you with the impression that their actions were OK. If they apologize, say "I forgive you" instead of dismissing their behavior with "It's fine."

Forgive for your sake, not theirs

This isn't only about them. Forgiveness is really about you. Forgive others not for their sake but for your own. Give yourself the peace you deserve by forgiving those who have wronged you. When you are able to move on, you'll be able to replace anger with happiness.

You forgave once. Twice. Even a third time. But enough is enough. To truly forgive without being a pushover, you need to set clear boundaries. Explain that what they've done isn't acceptable. Be firm yet polite as you lay out your expectations.

True forgiveness doesn't mean you have to keep that person in your life. Forgiveness means you've let the wrongdoings go. Whether or not the person goes with it is up to you. Focus on your own happiness. If they've hurt you too much, let them go.

Forgiveness is not black and white. Every situation is different, and some make it harder to forgive than others. In severe situations, it might be necessary to seek outside help. Reach out to trusted family members, friends and therapists. They can help you overcome your challenges and reach forgiveness to improve your happiness and strengthen your self-worth. 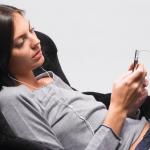