If You Recognize These 6 Symptoms in Yourself, You May Be Suffering From Depression

Sadness and Distress Aren't the Only Symptoms of Depression. Sometimes, the Symptoms Can Be Harder to Identify. Keep Reading to Find Out What They Are.

Depression is a mental health issue that affects how you feel, how you act and how you think. Symptoms like deep sadness, disinterest in things you previously liked, lacking energy and having extremely low self-esteem can affect those with depression, according to the American Psychiatric Association.

If you recognize some of these symptoms in yourself, you may be suffering from depression without even knowing it - after all, depression isn't just feeling sad all of the time. Depression can have a huge impact on your life, but diagnosis and support from others can help. It's important to know your symptoms and seek professional help. Read through these points to see if they sound familiar:

It's easy to assume that someone is suffering from depression when they show signs of severe sadness or lacks motivation. In some cases, however, depression can cause a person to feel no emotions at all. They assume a cold or absent position toward situations that would normally cause him or her sadness or joy. The zombie effect, or total lack of all emotion, is a clear symptom of depression, according to Health Central.

According to a study done by the Journal of Clinical and Social Psychology, research shows a close relationship between social network addiction and depression. The study talks specifically about the amount of time people spend on Facebook. People with higher rates of depression tend to use social networks as an escape from reality, or to fill the void caused by lack of real social interaction. Likewise, excessive use of Facebook causes people with depression to compare their lives with the "perfect" lives of others portrayed on social media.

we live in a world where we are bombarded with inspiration quotes, hash tags and selfies ?? on our social media walls and feeds. ?? ok, yes we are of the millennial generation and I get it, however, does all the social media sometimes become overwhelming to you as it is for me? ?? are these #motivationalmonday quotes even helping us get closer to our goals? ??"â™€ï¸ on the blog today i get into how to separate yourself from the highlight reel world we live in and get back to reality!âœ¨ link in profile ??

Rejection is never fun for anyone, but if you feel you're extremely sensitive to rejection, it may mean something else. According to WebMD, people who suffer from atypical depression have more intense reactions to rejection, resulting in serious problems in their social and work circles.

It's normal to have a hard time making decisions like what shoes to wear, what show to watch or whether to eat an apple or pear. Feeling distracted from time to time is normal, but according to Psychology Today, a clear symptom of depression is having extreme difficulty making everyday decisions.

5. You blame yourself for everything

People with depression suffer from low self-esteem. You may have a tendency to generalize external situations and reflect them on your own personal self-worth. For example, when something goes wrong, you feel it's undoubtedly your fault.

Some people try to mask their depression by immersing themselves into work. Men and women may become obsessed with their careers or with a hobby or goal. People with depression may handle their symptoms by distracting themselves.

If you recognize these symptoms in your life and suspect that you may have depression, seek help immediately. Depression isn't a sign of weakness, it's something you can overcome with the right help.

_This article has been adapted and translated from the original "Si reconoces estos 6 RAROS sÃ­ntomas, podrÃ­as estar sufriendo de DEPRESIÃ“N" which was originally published on familias.com. 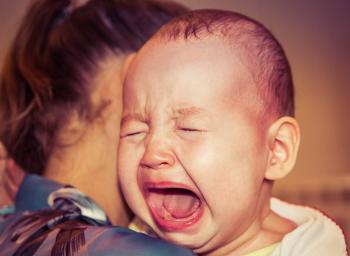 5 Things You Should Never Do When You…