Many Schools No Longer Teach Cursive Handwriting. However, Studies Show the Benefits That Come From Learning This Skill, Which Justify Its Continued Use.

Many elementary schools have opted out of teaching handwriting, particularly cursive. With technology literally at our children's fingertips, and messages sent by striking keys, they ask, "Why bother to teach handwriting?" I was recently at a two-day conference in which I filled a notebook with notes, though around me were those who took notes on their laptops or recorded the presentation to their phones. And yet, one of the points made by speakers was how teaching our children cursive writing was still an essential skill.

Aside from its use for recording or sending information, the act of writing in cursive utilizes both the right and left hemispheres of the brain simultaneously. Iris Hatfield, author of New American Cursive, wrote, "[I] recommend cursive handwriting as a strategy to stimulate brain synchronicity - that is, to coordinate the right side of the brain or visual, with the left side or verbal and linear areas of the brain." She explains that physiological movements of writing cursive letters, "help build pathways in the brain while improving mental effectiveness."

R. Shadmehr and H. Holcomb of Johns Hopkins University published a study in Science Magazine showing their subjects' brains actually changed in reaction to physical instruction such as cursive handwriting lessons. With the use of PET scans, they demonstrated these changes resulted in an "almost immediate improvement in fluency," which led to later development of neural pathways.

Consider the act of typing. Each time a letter is produced, all that is required is for a key to be pressed - albeit different fingers are employed for each letter. With cursive, the very forming of letters stimulates the brain, even more so than printing. For example, connecting an I to the letter R is greatly different than connecting an O to the same R. The letters W, V and B have the same connectivity strokes as the O. This process is "more demanding on the part of the brain that converts symbol sequences into motor movements in the hand," writes Andrea Gordon. "That is similar to the way a child translates symbol sequences into motor movements of the mouth and tongue in order to talk or movements of the eye in order to read."

The article, "10 Reasons to Teach Cursive Writing First Before Print" gives some compelling reasons for cursive, including improved spelling and reading skills. There is some debate on whether to teach print or cursive first, but whether it is taught first or not until second grade, the purposes for maintaining cursive as something we teach children should not be dismissed.

There is also the human aspect. I prefer the personal touch of a handwritten thank-you note or birthday card. I cherish samples of handwriting by those who have been dear to me. It reminds me of them, precise or flamboyant, rushed or deliberate. Ms. Gordon laments, "Crisp type may be legible but there's much it cannot tell you about the writer. Handwriting, like a human face, is unique and evolving. It may reveal the writer's fastidious nature or exuberant mood. Each stroke of the pen captures a moment in time. And like a dancer's pirouettes, none will be exactly the same. The first letter in the word 'Welcome' will be different than the one dashed off in an exasperated 'Why not?'"

In a world quickly advancing with technology, let's be careful not to discard value in the name of efficiency. Some things are worth keeping - a walk through the neighborhood instead of riding past, a lunch conversation with a friend instead of an email and a handwritten note instead of a text. And of course, there's always the idea that your child will be smarter.

Susan Dayley is the author of various books and blogs regularly at http://susandayley.wordpress.com
nextarticle 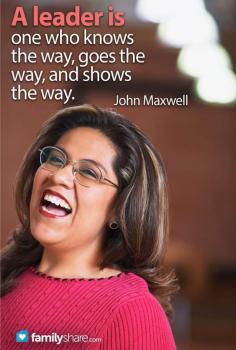 How to Become a Hope-Based Leader