Let People Know What You Expect of Them

People in Your Life Are Generally Happy to Help if You Just Let Them Know What You Expect.

In searching out profound quotations for "expectations" I found incredible opposition. On one end of the spectrum, I found "When one's expectations are reduced to zero, one really appreciates everything one does have," by Stephen Hawking and on the other end, I found one that said "Set your expectations high; find men and women whose integrity and values you respect; get their agreement on a course of action; and give them your ultimate trust," by John Akers. There seems to be no middle ground on expectations, but I would like to suggest some thoughts to consider on the matter.

I was recently in the home of a friend who was struggling with a new baby and was depleted, both physically and mentally. There was a husband who worked very hard, but when he was home from work, he expected to have the privilege of relaxing. There were also daughters who were old enough to help, but rarely offered to pitch in and help out. They could engage in this behavior because it was not expected of them; rather, it was expected that they wouldn't roll up their sleeves and help. So they didn't.

There are certainly a lot of people who have unrealistic expectations:

Yea, OK. Let me know how that works out for you!

Setting these and other ridiculous ideas aside, there is nothing wrong with letting people know what you expect of them. I can guarantee you that very few people will exceed your expectations and most won't even try to live up to them if they don't know what you expect. Unless everyone you are close to is clairvoyant, you may have to do some speaking up to clue them in. Nice, clear, non-flowery messages work best.

To illustrate, I'll share an exchange that I had with my husband and what resulted from it. One of the things we had talked about before marrying was that we should observe our faith's recommendation of a "date night" every week. We set Friday night aside for that and were doing a fairly good job. However, after a while, I was beginning to feel like an afterthought. He would breeze in the door after work on Friday night and get caught up with things pertaining to his business and then later, when he got his ducks in a row, we'd run out and do the grocery shopping or something to that effect. I wanted our dates to be more thoughtful and deliberate.

Me: "I would like to change our routine date night."

Me: "I'm feeling a little like it is obligatory and not very thoughtful."

Me: "Well, I would like for you to come to the front door and pick me up like you did when we were dating."

Our kids got a kick out of answering the door every Friday evening and asking him to sit down in the living room and wait for me. He was so good about it.

Dr. Phil preaches that we need to teach people how to treat us. Tell the people in your life what you expect of them and save them the trouble of guessing. 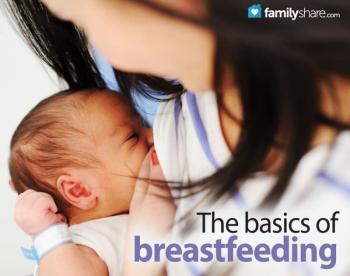 From Latching to Weaning: the Basics of Breastfeeding