Making an Allowance System Work For You

Allowance Systems and Chore Charts Will Be Different For Every Family. But How Does One Go About Even Coming Up With One? One Mother Shares Some Simple Tips to Make an Allowance System Work For You.

I was pleasantly surprised recently while in a store with my two youngest children, when my 5-year-old asked, "Can I make a chart to earn that truck and trailer?" Just as I was about to give myself a pat on the back, I found myself making a quick dash for the exit carrying my 3-year-old as his screams escalated, "I want to buy that toy." As I buckled him into his car seat with a little extra force, his cries continued, "I don't have one, I want it."

Not giving into temper-tantrum-filled-moments-of-want in the middle of a store have paid off with our older children. We're keeping our fingers crossed the 3-year-old is "going through a stage" and will jump on the "How to Earn It" bandwagon too.

Don't let me fool you, although I may have one or two positive results with the odd chore chart or allowance pay-offs, I am no parental expert. I could regale you for pages with experiences of handing out treats for a few moments of peace and quiet, or a sucker used to ward off an impending tantrum.

In my associations with other parents, I come across a lot of great ideas about implementing and carrying out systems of chores and allowance. Although my husband and I have experimented with a variety of different allowance systems, we have found a couple of guiding principles to be consistent.

Too often, parents hear wonderful ideas from others and think they can easily replicate the system in their own home. We have never found this to be successful. Every family has different personalities, priorities and expectations that need to be considered before attempting to replicate an idea. Nearly all of our systems have come from ideas from others that we tweaked to work for us.

For some, one tried and true allowance system will work from year to year. For us it hasn't worked that way. As our children grow older and take on more responsibilities, or as schedules change and adaptations become necessary, we aren't afraid to try something new.

We never consider a tried-system a failure. (Although the week I hid money under items waiting to be put away seemed like a massive failure to my children when I later told them the item they stepped over for a whole week no longer had money hiding under it, but they better put it away IMMEDIATELY.)

Even though we've gone through several systems over the years, we figure as long as we have something in place to help our children learn about work and rewards, we're doing okay.

3. Take cues from the children

My husband and I have the final say on how we distribute allowance and assign chores, but we welcome feedback from our children. (I won't mention the fact the feedback often comes with a whiny or full-of-attitude voice.) But the general principle remains the same, be open to making adjustments and changes. It's amazing how a small sense of ownership can make a huge difference in a child's attitude.

4. Have an end goal in mind

Before deciding on a particular chore chart or allowance system, decide what your object is. If the end goal is a clean house, pay the children to help clean. If you want your children to learn to recognize money comes from working hard, pay them for the job well done. If you want a child to want to do their jobs and tasks, reward the effort. Think about the end result you want, and the means to get there will become more obvious.

No two families are the same, chore charts and allowances needn't be either. Look at the systems you currently have, look around at those your peers may have, use some imagination and before you know it, you may have a fabulous system that works just right for YOUR family.

Tiffany and her husband Mike are the parents of five children; 5-15. Tiffany loves the laundry five children generate, but could do without the sticky floors and dirty dishes.
nextarticle 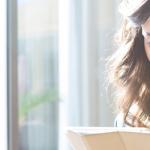