Find out what research says you need to do to be happier when it comes to money.

When you look at your paycheck, do you sometimes say this?

"I am not making enough. If I made more money, I would be happier."

Did you ever say that in the past when you made less than you make now? You probably did. So, if you are making more money now, why are you still saying this? Could it be that, when we make more money, it just results in an increased number of things we want to buy?

Ben Franklin understood this more than 250 years ago when he said, "Money has never made man happy, nor will it. There is nothing in its nature to produce happiness. The more of it one has, the more one wants."

When it comes to happiness, what you earn isn't king; cash is - specifically, cash in the bank.

University of California, Riverside doctoral candidate Peter Ruberton researched nearly 600 bank customers. He found, "No matter how much the customers had or earned, no matter how much debt they had, having a buffer of easily accessible cash was associated with greater happiness."

But isn't this just a side effect of being well-off since rich people are more likely to have money in the bank?

Ruberton's study reported that regardless of demographics, their results "suggest that having readily accessible sources of cash is of unique importance to life satisfaction, above and beyond raw earnings, investments, or indebtedness."

This is consistent with earlier research by 2014 Nobel Prize winner and economist Angus Deaton. Deaton found that people making more than $75,000 per year are not significantly happier. In other words, once you get past the point of covering necessities, money really can't buy happiness.

So, if money in the bank equals happiness and you don't have that, here are five tips to increased savings and happiness.

Believe it or not, 21 percent of American adults don't even have a savings account, according to a GOBankingRates survey of 5,000 people.

However, money in the bank, in a savings account, is safer and less likely to be spent on impulse purchases.

Clearly, saving money is not very important to most people. But not saving is making them unhappy.

Savings won't grow on their own. But, with effort, anyone can grow their savings.

Set up an automatic transfer from your checking account to your savings account for each day you get paid. (And while you are at it, join the 21st century and have your pay direct-deposited. Paper paychecks are so 1950s.) Decide if you'll transfer $25, $50, $100 or more. Choose an amount that feels like a bit of a stretch so your savings grow faster.

As a side benefit, moving money to your savings will force you to be more careful in how you spend the rest of your money.

4. Use cash to build cash

Behaviorally, modern humans are conditioned to spend money, even when they don't have it.

An extremely effective way to cut back on spending is to only use physical cash on impulse purchases like food, entertainment and clothing. Label envelopes with these categories and fill them up with your spending money on payday. When the money gets spent and the envelopes are empty, you have to wait until next payday to refill your envelopes.

It's impossible to overspend or overdraft an empty envelope. This is one area where going back to the 1950s is a smart move.

5. Do a budget together each month

Money is the number one thing couples fight about. Financial issues contribute to divorce in a big way. Learn to communicate effectively about money. Together, do a budget each month and review it even more often. Let this area of your marriage be about agreement and not conflict. Read "10 great steps to talk about money without fighting."

With these tips in action, don't be surprised to find you have more than $1,000 in your savings account within a few months (perhaps, weeks). As a goal, try to build your savings up to three to six months of expenses. Then, when emergencies happen, you can deal with them from savings and not deal with the stress of added debt.

Remember, research shows you can't buy happiness with money, but you can find happiness by having more savings. 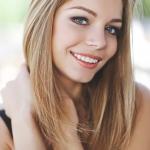 6 Reasons Why You Need to Take Time…