No Budge on a Grudge: the Dangers of Being Unforgiving

When One is Unwilling to Forgive and to Let Go of the Bitterness of the Past, He Misses Out on Many Things That Could Help Him Become a Better Person.

When we have been hurt or wronged by another person, whether the wrong was done intentionally or otherwise, it is often very difficult to forgive the person who caused us pain. Often, the difficulty in forgiving is in proportion to the hurt caused. A person who has been badly hurt, or whose loved one was hurt, whether the damage was physical, emotional, or a combination of such things, finds himself feeling as if it is impossible to let go of his feelings of anger or injury.

However, there are wonderful rewards for being able to let go of the feelings of hurt or bitterness. These rewards are worth the effort it takes to let go of anger and allow oneself to heal, and to forgive.

First, being unable to forgive leaves one dwelling on the past; focusing on things that cannot be changed. Not only is it futile to dwell upon the past, it is unhealthy. Dwelling upon past events, either real or perceived wrongs, keeps one from letting go of toxic, destructive bitterness that can hurt the person who feels injured far more than the person with whom he is angry.

Additionally, continuing to hold onto feelings of unforgiveness prevents one from progressing forward and bettering oneself as a person. When one continues to hold onto feelings of unforgiveness and unwilling to let them go, this creates a stagnant situation. The person who is unwilling to forgive doesn't have room in his heart to allow for personal growth and self-realization. While it is often difficult to let go of the past in order to regain the ability to progress forward, and move beyond the anger of the past, the effort is always worth it.

Being unable to forgive also keeps us from forming, strengthening, or healing valuable relationships. Sometimes, if the person who committed the wrong is truly sorry and willing to try to make amends, then being unwilling to forgive deprives one of the opportunity to have a healthy bond with the person he has not forgiven. Granted, sometimes an offender is unrepentant, even possibly dangerous. In such situations, having a healthy relationship with that person may be impossible. Even then, regardless of the offender's personal situation, letting go of bitter feelings will benefit the one who was injured and help him move beyond the hurt of the past.

When one is able to let go of the pain of the past, release bitterness and forgive others, he is more easily able to find peace for himself. He will be able to be happier. He will have more to give to others such as friends, spouse, children, and those who need his strength.

Loralee Evans has written three books titled, The Birthright, The King's Heir, and The Shores of Bountiful. She loves teaching and being a mom.
nextarticle 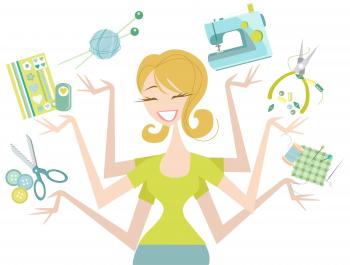 Yeah, I Made That! 3 Ways Crafting Builds…