Ok. When Do I Really Need to Start Saving For Retirement?

You'll Need a Lot of Money. if You Are Under 45, You Will Likely Want to Accumulate More Than $1 Million For Retirement. Even Though, You Have 20 or More Years to Do That, It Will Take Saving a Lot of Money Along the Way to Get There.

If you are under 45, you will likely want to accumulate more than $1 million for retirement. Even though, you have 20 or more years to do that, it will take saving a lot of money along the way to get there. You can't just save 10 percent of your income for the last ten years of your career and have enough to retire. So, when should you start saving? The best and most honest answer to that question is: today. No matter how old you are, the challenge is to save enough for a safe, secure and comfortable retirement. If you are older than 45, you may not need $1 million to have the sort of retirement you want, but you'll need a lot more money than you think.

Use the power of compounding

A dollar contributed to your retirement savings 40 years before you retire will become almost $15 when you retire if you invest at a reasonable 7 percent rate of return. That's the power of compounding returns. Thirty years out and the contribution will grow to barely more than half that much. Twenty years: $3.87. Ten years: $1.97. As you can see, the money you save early in your career has much more power than the money you save later.

Consider how much you save

If you start saving for retirement consistently 40 years before you retire, you may be able to accumulate enough for retirement by saving as little as 6 percent of your salary. If you wait until you have just 30 years to retire, you'll want to save 10 percent. If you wait until you have 20 years, you may not be able to accumulate as much by saving 20 percent as you could have a decade earlier with 10 percent. If you wait until ten years before, it will be virtually impossible to save enough to retire in the same way you could have retired otherwise. Saving 40% of your income for the last ten years would accumulate less than contributing 6 percent for 40 years.

For folks who retired before the turn of the millennium in America, social security will represent a significant portion of their retirement. The benefit is and will be indexed for inflation, and they will not likely notice a significant decline in the purchasing power of their benefits while they are alive. Those who are retiring now will likely notice that their benefits don't buy as much in twenty years as they do now - the government is likely to change the formula used to index benefits to inflation with the result that the benefits will grow more slowly. That will impact people who will be retiring twenty years from now. Their retirement benefit will potentially start later and ultimately pay only 75 percent as much per year - adjusted for inflation - as current retirees now receive. The conclusion is, of course, that retirement savings are more important to future retirees than they were to current retirees.

No matter how old you are or when you plan to retire, you will be better off if you start saving for retirement today. 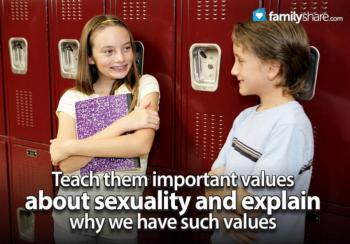 Age Appropriate Ways to Teach Your Kids About…