Study Finds That Housework Could Lower Risk of ‘Early Death’

Light Physical Activity, Such as Washing Dishes or Mowing the Lawn, Could Substantially Lower the Risk of Early Death.

Could simply doing some light housework each day be good for your long-term physical health?

It is well established that moderate and vigorous physical intensity is good for your overall health. While on the flipside, it’s recently been scientifically understood that spending the majority of the day sitting is bad for your health, and has an increased risk for chronic diseases and premature death. Physical health guidelines and recommendations in the United States suggest that at least 150 minutes per week of moderate physical activity (such as brisk walking) and avoiding prolonged sitting should be what the typical adult strives for.

A group of researchers from the University of Leicester wanted to take these studies a bit further and ask the question, “can light physical activity still count towards better health?” Turns out, the answer is yes.

Light physical activity each day such as cooking or doing laundry is enough to help substantially lower your risk of early death. By just moving a bit more and sitting a little less, the study found that people can raise their chances for a longer life.

The study was led by the Norwegian School of Sport Sciences. They combined data from eight different studies across the US, UK and Scandinavia. Over 36,000 participants aged 40 or older wore a motion sensor (accelerometer) or a belt around their waist between 4-7 days. They were followed for about 6 years and data was collected throughout this time. The researchers made sure to keep other influential factors into account by adjusting for things such as sex, socioeconomic status, age, smoking, and body mass index to keep a fair study.

One of the major advantages of this study was the use of physical activity monitors, as previous data was driven from large observational studies where people self-reported their physical activity. Overall, people tend to over-report how physical they are which can skew total data. This was the largest study to date examining the associations between device measured physical activity and the risk of death.

Deaths fell steeply as levels of light-intensity activity increased. Every minute up to five hours offered additional benefits for a person's wellbeing. When intensity of the physical activity is increased to a moderate level, they saw similarly steep decreases in deaths. This occurred up to a plateau of 24 minutes a day. Moderate level house work could include moving the lawn or vacuuming.

It had previously been understood that more is better when it comes to activity. This study, though, suggests that moderate activity over 24 minutes a day doesn’t add any additional benefits when it comes to early death. Health can be optimized at lower levels.

“These findings really reinforce the saying ‘Doing something is better than doing nothing,” said Dr. Charlotte Edwardson, an associate professor at the university. “They show that physical activity of any intensity lowers the risk of death.”

The researchers also found that high amounts of sedentary time, like sitting, above 9.5 hours a day was associated with an increased risk of death. Sitting levels below this threshold did not have a strong link between any differences in risk. This means sitting four hours a day or six hours a day would cause the same amount of effects towards your overall health.

Due to being only an observational study, the researchers cannot say there is a true causal association between physical activity and the risk of death, but results are positive. Future research in the area can help us understand the association on a wider scale and if it could be generalized to the large public, like including younger individuals and those from undeveloped countries.

Next time you aren't able to make it to the gym, consider modest increases in your physical activity at the home. Chasing your children around outside, cleaning out piles in your garage, or gardening are some of the few and easy ways you can get some light exercise in. The overall health benefits of being on your feet are substantial at giving you a better overall health. 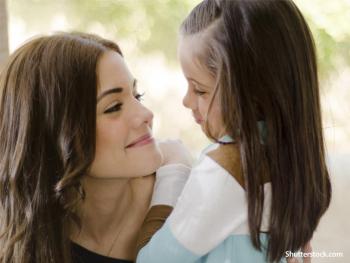 How to Get Your Kids to Open Up…