Sweat the Flu Away With This Home Remedy

Natural Remedies Are the Oldest Form of Medicine But Have Almost Become a Lost Art. The Herbal Remedy For the Cold and Flu is Discussed in This Article.

Living in a time where we run to the doctor for the slightest discomfort or illness, it is important to know what to do when doctors are unavailable. Two major concerns are colds and flu, since they are caused by a virus and are not treated with antibiotics. Doctors normally tell us to let it run its course, then treat bacterial infections that are caused by the symptoms of the un-treatable virus.

Natural remedies have been around for thousands of years. Herbs are the oldest form of medicine known to man. King Solomon was reputed to be the wisest man of his time and historians say he was a great herbal physician. Hippocrates was the father of medicine and taught that all disease came from a natural source, and not just the gods.Today, doctors take the Hippocratic Oath, which is named after him.

After the death of Christ, Pedanous Dioscorides published De Materia Medica, which is considered to be one of the most popular medical reference works in the history of mankind. Herbs were used throughout the ages. Today, many of our modern medicines are based on herbs.

There are many herbs to treat the symptoms of cold and flu but the combination of elderberry and peppermint tea is the only remedy I have found. "When in doubt, sweat it out." That's exactly what happens when these two herbs are used in combination.

Take one ounce each of dried elderberry blossoms and dried peppermint leaves and pour 1 quart of boiling water over them. Cover and let steep for 15 minutes. Strain and sweeten with honey.

Adults should drink one pint of this tea as quickly and as hot as possible. Children should drink 1/4 to 1/2 to half the adult doseage.

The rest of the brew should be taken a cup at a time every hour until it is gone. Make sure you cover it well to keep it as warm as possible.

This can be repeated with no ill effects or side effects, whatever your age.

A shower will definately be desired when you finish this treatment.

One year my son, Charles, got sick. He was driving a 16-wheeler and just kept driving until he was so sick he absolutely had to take off work and go to the doctor. The diagnosis was the flu and because it had gotten so bad he wasn't expected to get back to work for quite a while. He said, "Mom, I can't afford to be off work for 2 weeks." He had a young family to support.

I told him about this home remedy and he was ready to try anything. I brewed his tea and then wrapped him up so he could retain the heat. He started to sweat, and sweat, and sweat. To make a long story short. Charles was back to work in 3 days. This made a believer out of him.

Herbs are not difficult to find. Many health food stores carry bulk herbs. If you cannot find them locally, a search of the internet for bulk elderberry flowers will bring up several on-line stores that will be glad to sell both the flowers and the dried peppermint leaves.

Knowledge is empowering, and with this new, but very ancient, knowledge you can win the flu battle this season.

Marian Griffith is a mother of nine with a wide variety of entrepreneural experiences. She earned her BA in Natural Health.
nextarticle 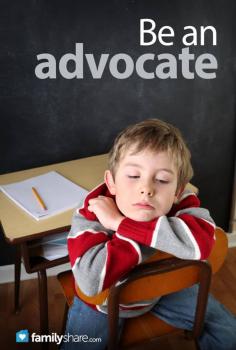 Coping With the Stigma of Adhd