Here is one way to dissolve any Scrooge-like feelings in our own hearts this holiday season.

Editor's note: This article was originally published on Kim Blackham's blog. It has been republished here with permission.

Each year at Christmastime, we read, watch, or talk about Charles Dickens' beloved Christmas classic, "The Christmas Carol." As with any moral story, this one can also be understood on several different levels. Indeed we understand the lesson on giving and not being miserly, but I think money has very little to do with Dickens' tale. I think the powerful parable has much more to do with empathy.

The ghost of Ebenezer Scrooge's old business partner, Jacob Marley, comes to visit him on Christmas Eve to warn him of the arrival of three spirits. Scrooge notices the heavy iron chains Marley drags around and asks him what they are. Marley explains that he is captive and bound to walk the earth seeing the suffering of other people - powerless to alleviate any of their pain. Confused, Scrooge comments on that injustice stating, "You were always a good man of business, Jacob."

"Business!" cried the Ghost, wringing its hands again. "Mankind was my business. The common welfare was my business; charity, mercy, forbearance, and benevolence, were all my business. The dealings of my trade were but a drop in the comprehensive ocean of my business!" "Why did I walk through crowds of fellow-beings with my eyes turned down and never raise them ... ?"

Essentially, the exercise of people watching is what Ebenezer Scrooge did that Christmas Eve.

As he visited scenes from his past, he remembered feeling. He saw himself as a boy, sad and alone and accessed those feelings he had long since shut off. As he revisited a Christmas with his old friends and co-workers, he remembered joy which began to soften him. And when he relived the parting scene of his former fiancé and then later observed the life he may have had with her, he again felt love, regret, and longing. Tuning into those emotions made it possible then, for him to see the present and the future through empathic eyes. Witnessing the death of Tiny Tim, Scrooge grieves with the family. Observing the apathy with which others view his own death, he weeps with shame and regret realizing their response is merely a reflection of the apathy he showed toward mankind.

Scrooge tuned into and remembered his own emotions and then allowed the circumstances of other people to access those emotions as well. In doing so, he developed empathy. And because of that empathy, his desire for connection changed, as did his character and behavior, including his willingness to help people financially.

The classic message of "A Christmas Carol" is about connection. It is about looking into the hearts of another person and experiencing their reality. That is the message of Christmas. For while we may remember the babe in the manager, it is the adult Christ, the perfect personification of empathy that we ultimately desire to emulate.

This Holiday season, regardless of whether or not you celebrate Christmas, let us all "lift our eyes" and notice the people around us. Let us look deeply into their faces and allow their experiences to access something inside of us. That is the only way to dissolve the Scrooge sections of our own hearts.

Kim Blackham is a Licensed Marriage and Family Therapist and Certified Emotionally Focused Therapist. She has extensive training in sex therapy and sexual addition therapy and is a frequent contributor to both online and print media. As the wife of a surgeon, she is passionate about and uniquely qualified to help couples in medical marriages.
nextarticle 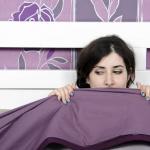 You Want to Talk About What?