The Truth About Eating For Two: How to Gain a Healthy Amount of Weight During Pregnancy

Pregnancy Can Be One of the Most Fulfilling and Inspiring Journeys of a Woman's Life.

Pregnancy can be one of the most fulfilling and inspiring journeys of a woman's life. The topic of weight can be a sensitive subject for any woman, especially during her pregnancy, but the axiom that you are now "eating for two" can cause unintended consequences later on. Here are a few things to consider during your pregnancy bliss.

Food still has the same number of calories, even if you are pregnant. The term pregnant is not a synonym for "free 9-month buffet ticket." Ouch. This was the mindset that my doctor prescribed early on in my pregnancy after he noted significant weight gain at my 10 week appointment. He might as well have slapped me upside the head with a gravied drumstick right there in the office. He then reminded me - as only a true New Yorker can - that I still had 30 or so weeks to go and I was headed down a widening path. I wiped away my tears of offense, and attempted to adopt this new mantra for the rest of my pregnancy.

Cravings can sabotage a healthy diet; use wisdom in satisfying these cravings by being creative about your food choices while still satisfying your cravings. My incessant craving for beef tacos during my last pregnancy just happened to be in direct conflict with the above stated Rule #1. In fact, as far as tacos were concerned, the greasier, the better. For cravings like this that seemingly must be satisfied, try opting for a healthier version of the craved item. You can easily switch out beef for grilled chicken, omit sour cream, and load up on tomatoes, onions, and lettuce in that taco, while still cutting back on calories and fat. Hamburger craving? Would a veggie-burger do the trick? Must have a milkshake? How about a cup of yogurt with fresh fruit? If you absolutely must indulge a craving, try to be mindful about your food choices throughout the rest of the day.

"Try eating more like a diabetic and less like a human vacuum," said yet another one of my doctors (I see a pattern emerging") after finding that my glucose numbers were on the borderline for gestational diabetes. There is some discussion that adhering to a diabetic diet is actually quite healthy for everyone, even if you are not a diabetic. I was in the best shape of my life during my sixth pregnancy as I followed this premise of a diabetic diet by eating nutritional snacks regularly throughout the day, cutting out sugar (and refined flour), and maintaining controlled portions.

Try to find time to move every day, or at least most days. Okay, some days. Incorporate more physical movement into your life. Walking, yoga, and strength training are all good examples of giving your body what it needs. Of course, there are some cases when pregnancy requires the use of caution and even bed rest. Consult with your doctor first to obtain clearance to exercise and then choose activities that you enjoy. You will find exercise just as crucial for the mind as it is for the body.

Avoid subscribing to the "But, I deserve it!" mentality when it comes to food. The American Pregnancy Association suggests adding approximately 300 additional calories per day during your second and third trimesters. These additional calories should be spent on wise choices like a glass of milk, a piece of fruit, nuts, and/or extra fruits and veggies.

You are doing amazing things like being willing to endure the loving sacrifice of pregnancy, labor, and delivery, but you really aren't doing yourself any favors by indulging in unhealthy behaviors. You do deserve to do something special for yourself - instead of reaching for that extra brownie, splurge on a pair of maternity jeans that are actually flattering!

Heidi Dunkley is the mother of six children and can be found driving to swim/football/basketball practice in the afternoons, doing laundry in the mornings, and ninja-like freelance writing late into the night.
nextarticle 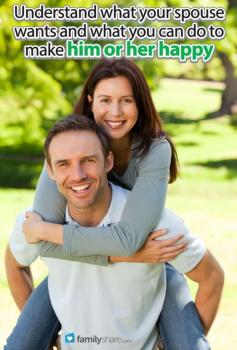 Bring Back the Fairytale: Three Ways to Deal…