To the real men, thank you

The world is filled with males. Unfortunately, not all of them are men.

A lot of males look like men on the surface; but many times once they open their mouths, it becomes clear they are still little boys trapped inside a man's body.

After being married to not one, but two such males, I began to feel like no good men existed in the world. I have said many times over the last year and a half, "If it weren't for the fact that I am surrounded by real men in my family, I'd lose faith in the entire male species."

Until recently, I somehow always attracted the boys. They flock to me. I don't mean I'm always surrounded by guys. I mean I attract the males that look like men, but aren't. I attract the self-serving, over-grown man children who don't respect women and think the world owes them something.

I've always known there was a big difference in a man and a boy. But since separating from my own man-child of a spouse, I have been able to see that difference even more distinctly.

I was the only girl amongst three brothers and I am so grateful that God placed me in a family built from a foundation of strong males. Real men.

As the mother of three boys it is my life mission to raise them to be real men and I am committed to that mission each and every day. The last thing the world needs is three more over-grown boys.

I may have gotten off track a bit in my own journey toward finding a life partner, and I may have lost site of my own personal value which resulted in marrying lost little boys rather than men; but throughout my entire life, I was shown what a real man looks like.

I now see that real men exist even outside of my own family. It's very enlightening and refreshing.

Dads especially don't always get the appreciation they deserve. Even my own father, I have realized, while I appreciate and respect him more than any man on earth, I almost never actually tell him that.

So I just wanted to take a minute to recognize the real men of the world.

The men whose insides match their manly outsides.

The men who grew up after high school.

The men who put others first. Who stepped up to the plate of their responsibilities and didn't try to push them off onto some other sucker. The men who show up to life.

I want to say thank you to the men who respect themselves, women, and people in general. The men who treat others with dignity.

Thank you to the men who try. Who strive to be better each day. Who give of themselves to others. Who understand the importance of their role in the lives of their families.

Thank you to the fathers who are real fathers. The men who grew up when they had babies. The men who shed tears at their child's birth not because their life ended but because it finally began. The men who sacrifice their time, love and resources for the sake of their children and families.

Thank you to the men who serve their wives. Who have a "you before me" attitude and a "whatever it takes" mentality. Who are committed in mind, body and spirit to their wives and families.

Thank you to the men who stand up for their people and who speak out against injustice. Who protect their loved ones in all aspects.

Thank you to the men who would choose true connection over sex. The men who can laugh at themselves. The men who have boundaries and respect the same in others.

Thank you to the men who hang in there. Who fight when they feel like flying. Who hang in when others hang out.

Thank you to the men who place God as the head of their lives so they can lead their families well.

Thank you to the men who learned from their mistakes and grew from their past. The men who understand life isn't easy but it's worth it. The men willing to fall down but always stand back up. The men who recognize that it isn't weak to ask for help and admit when they're struggling.

Thank you to the men who keep their promises and commitments. Who make time for others, even when it's inconvenient or they're tired or had other options.

There are more of you than we realize.

The boys dressed in men's clothes often ruin it for the real men and make it harder for you to be recognized and appreciated. The few bad apples sometimes spoil the bunch and many times you get over-looked.

You aren't perfect, but I want to say thank you for doing your best.

Thank you for being a real man and showing your children what that means through your actions, not just your words.

Thank you for being men. The world needs you to stand up and be seen

So I want you to know I see you. I appreciate you. I believe in you. I respect you. And I thank you.

Editor's note: This article was originally published on Three Boys and a Mom. It has been modified and republished here with permission.

Rachael is the proud single mama of three wild angels. She learned the hard way to never say never but believes firmly that our messes make us beautiful. She has her Master's Degree in Social Work and works full time as an Oncology Social Worker. She spends her "spare time" loving on her boys and enjoying life, one moment at a time. Rachael is also a contributor to sites including The Huffington Post, Scary Mommy, DivorcedMoms.com, For Every Mom and many others. Join her in her crazy, messy, beautiful journey and follow her on her blog.
nextarticle 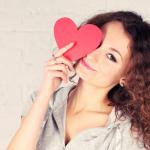 7 Subtle Signs That You're Not Really in…