Who me? I couldn't possibly be the source of all this drama - could I?

Drama. Not "lights, camera, action!" drama, but more of an emotional drama that can escalate into something Jerry Springer worthy. High school cat fights, family trauma or miscommunication at its finest - we've all been involved in one way or another. Frequently, we hear people say that they don't want any more drama in their life. But, what causes drama? Is it some outside force or always someone else starting it? Or, could it possibly be you (gasp!)?

The oft quoted gem of wisdom, "What we've got here is failure to communicate," (1967 film, Cool Hand Luke) about sums up one of the major sources of drama. Poor communication leads to many problems - misinterpreted intentions, poorly worded statements and hurt feelings. With texting, social media and more non-face-to-face communication, this epidemic is running rampant. If there needs to be a serious conversation, it is best to leave it off of Facebook, Twitter and text messages. Make a phone call or, better yet, talk face-to-face. There are so many vocal and physical cues that are a big part of effective communication (you can't misinterpret a punch to the face like you can speaking in ALL CAPS).

Given that electronic communication is ineffective, we need to be less easily offended. Ask for clarification if needed. Give others the benefit of the doubt when communicating online or through text messages. Furthermore, even if someone is being mean-spirited online, we still have a choice whether or not to become hostile and verbally abusive. Just let it go and don't put more wood on the fire. The only warmth that comes from that is boiling blood.

Signs you may be a drama queen or king (tally up the ones that describe you - not your mother-in-law - for the results at the end):

How much drama am I?

How many of the points above described you?

Pretty low drama. You just might be sane. Keep it that way.

Take a chill-pill and relax.

You're hot under the collar. Consider wearing an ice pack.

Congratulations! You're a drama queen/king. Here's your crown (of thorns, of course).

Just say no to drama. If you're the source, try to see the positive instead of digging at the landfill. Improve your family life by leaving drama behind. Being offended and being a poor communicator are areas that can be improved. There is hope. Stay out of other people's business, don't gossip and try to focus on the good instead of bad in life. There is a difference between actually having a hard time in life and making it seem like your good life is really bad. 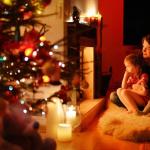