What Do I Stand For? Developing Your Own Character

"He Has a Lot of Character" is as Fine a Compliment as Any. How Does One Develop the Noble Attribute of Character? as We Look to Our Personal Role Models, Develop Integrity and Stand For Something, Each of Us Can Acquire Our Own Personal Character.

Lord Henry is a dandy - a fashion-conscious man of leisure. He's smooth, cynical, and proudly stands for nothing. He is articulate and entertaining and likeable, but not a person worthy of respect. He is rich, vain, and has no principles. I like Lord Henry a little but detest him a lot. He utterly lacks character.

A person with character intrigues me. Character is something I aspire to and want to exemplify for my kids. Do I have it? Not quite, but I think I understand a little of how it is developed.

I love the word integrity; it is such a noble attribute. Again, do I have it? I wish. I'm trying. What does it mean to have integrity? Simply put, it means honesty with oneself and others. It's admitting when one is wrong and owning up to the consequences. It means having strong principles and adhering to them. It is said that integrity is doing the right thing even when no one is watching.

Go your own way

It's not an easy thing to be an individual, especially for children and teens. We adults sometimes struggle with this, too. Our culture likes to send mixed messages: be different but wear this brand of shoes. Stand out, but not too far out; fit in. To act truly unique takes loads of confidence. It's hard to not be swayed by the crowd.

I love this admonition from Gordon B. Hinckley, 15th president of the Church of Jesus Christ of Latter-day Saints. "It is not enough to be good. You must be good for something. You must contribute good to the world. The world must be a better place for your presence. And the good that is in you must be spread to others. In this world so filled with problems, so constantly threatened by dark and evil challenges, you can and must rise above mediocrity, above indifference. You can become involved and speak with a strong voice for that which is right."

Choose a pet project, develop a belief system and adhere to it, promote a good cause. Don't be a Lord Henry Wotton; what a waste of a life to stand for nothing and just drift.

Glean from others' examples

History and literature are full of great heroes and figures the world reveres. For many, our role models are among our intimate associates. My dad is one of my personal role models. His integrity, love for his family, reverence for his church and country, and generosity toward others are quiet, behind-the-scenes attributes. They make up his character and are all the more noteworthy because he exemplifies good unassumingly.

All in a day's work

I'm old-fashioned but probably kidding myself when I yearn for the olden days of less technology and more physical labor. After all, what builds character more than hard work? Don't most parents wish they could send their kids out to the fields to ... do whatever they do in fields? I don't necessarily like dirt under my fingernails, but I firmly believe that my progenitors had a lot more character than I do because of their physically challenging lifestyles.

I am attracted to those who are different, those who stand apart and above based on their principles and personal codes of conduct. Not in a show-offy, "look at me" way, but just the opposite. Those with integrity, who quietly and unapologetically stand for something earn my greatest admiration. As Roosevelt put it, that is character! 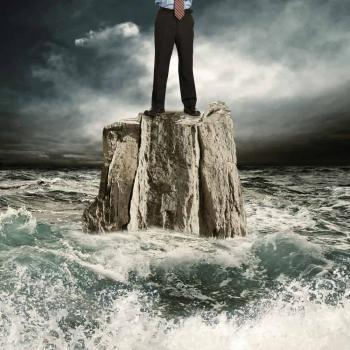 Can Your Values Withstand Disparagement?