What I Wish Abused Women Understood

As a Therapist, I've Worked With Dozens of Abused Women and Children. Here is What I Want Abused Women to Understand.

I'm a therapist who has worked with women, children, even abusers, in domestic violence and abuse (DVA) situations. These are never easy families to work with. Often I walk away from sessions feeling hopeless, and scared for the victims' safety - but not for the reason that you think.

I feel this way because abused women fail to understand something absolutely vital: They fail to recognize that they are not powerless! They are not worthless, and do not deserve the treatment they are getting. What is happening to them is unequivocally wrong! And most importantly, they are not at fault for the abuse they are receiving! But unfortunately, abused women don't understand this.

They have bought into the lies that their abuser has given them; they believe they are the cause of their mistreatment. They believe they are lucky to have anyone show them attention, so they better be grateful for what they have, even though he abuses them. They think they are weak, powerless, unintelligent, and shouldn't bother family and friends with their problems.

An Abused woman is controlled to the degree that she buys her abuser's lies.

This next part might be hard to swallow. In order to take back your life, you have to take responsibility for your part in believing his lies. Your abuser has crossed the line so many times you've lost count. He's lied, cheated, hit, cursed and abused. You know, deep down, you should have left a hundred times by now, but you didn't. You didn't because you rationalized, minimized and falsely believed you were powerless.

Yes, he should not have done those things. Those things were wrong. And yes, you need to take responsiblity for the mental and emotional gymnastics you did to justify staying or not standing up to him. I write this last part with a massive degree of empathy because I know women often stay and don't stand up for themselves because they are afraid of punishment, their kids being attacked, and being physically barred from leaving - but they are receiving unfair punishment by staying.

So please do not misunderstand what I say. I am not blaming the victim. I want women to feel empowered. And I think the only way to do that is by rightly identifying the abuser's actions as wrong; identifying the lies women believe as exactly that - lies. Women must start thinking strategically of how to leave, how to protect themselves and their kids, stand up to their abuser, and to understand their part in accepting the abuser's lies that they are powerless, among many other lies.

I've worked with so many women to whom I've asked simple questions, like, "Have you called Child Protective Services (CPS)? Have you called the police? Have you tried to leave? Are there people you trust and can stay with? Do you have a safety plan?" Often they look at me bewildered, because these questions have never come into their mind. And this is because they never considered that they could change their situation. But you can change your situation.

As you can imagine, working with women and children in DVA situations is an uphill battle. But the ones I've been successful with have over time made small changes to regain power. And this is how they did it:

I hope this article gives you courage and empowerment. Thousands of women have learned how to stand up to their abusers or left the situation. They made it, and so can you!

Know that what he is doing is wrong. You do not deserve abuse! It is not normal. Relationships are built on trust, love and self-sacrifice; not selfishness, violence and manipulation.

Understand that it is a reality that some people don't change. Stop believing the lie that you are powerless - you are stronger than you think!

I realize that women are not the only victims of domestic violence and abuse. However, women are primarily the targets of DVA at the hands of men. If this were not historically and statistically true, I would address this differently. Sadly, men are usually the perpetrators of DVA. I do fully acknowledge that there are other situations, such as women abusing men, among others. Advice in this article can apply to those situations as well. Domestic violence and abuse is wrong and should never be tolerated. Be willing to call the cops or proper authorities. There is help. Be willing to take it.

Daniel Bates is a Graduate with two master degrees. He owns and operates his own small counseling business, Better Lives Counseling.
nextarticle 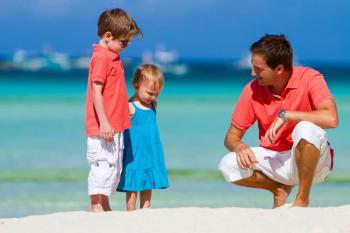