What We Need to Understand About Invisible Illness

Millions of People Suffer From Invisible Diseases. Chances Are, You Know Someone. Here is What You Should Know.

There are days when I can barely function as a human being. I want to stay in bed and cry. I don't want someone to comfort me. I want to be alone. On the other days, I have more energy than my broken body can contain and I push myself to super-human levels which leave me depleted and empty.

I don't know what kind of day it will be when I wake up. I can't foretell when I will be depressed and when I will be manic because there is no rhyme or reason, no pattern. I am high-functioning compared to others I know who have lost their life to this cruel disorder.

Bi-polar is just one of the invisible illnesses that millions suffer from every day. And they do suffer. It affects our work, our productivity, our relationships and can even lead to suicide. We lie and say we have the flu or a cold because what we really have most people don't understand.

It is not just "the blues." I had a very dear friend named Janet who suffered from depression after the birth of her third son. In the end, she would spend days in bed, shaking and mumbling, "I can't go on. I can't go on like this." She could not eat, bathe or carry on a conversation. She and her family had tried everything, including electro-shock therapy, but nothing worked. The Lord mercifully took her home one night in her sleep.

Here are some helpful things to know when dealing with someone you love who may be affected by an invisible illness:

This used to be called depression and those suffering were extremely pleasant - until something went awry and then they wound up on a crying jag, or worse, self-medicating with alcohol or drugs. It is now more widely understood and there are medications for it.

It is estimated that 5.7 million adults in the U.S. live with bi-polar disorder. Though the cause is not known, it is believed to be genetic and seems to run in families. Women have more depression than men and are often cycle rapidly, which means that they experience four or more episodes a year. It has been seen in children as young as 6.

"Just snap out of it. Maybe if you got up and got busy with something. You need a hobby. Why not go out and get some fresh air and sunshine?" and the worst-"I understand how you feel." What people need to know about dealing with someone with this illness is that it is not a choice. It is not something you can snap them out of by telling them to take a walk or watch a funny movie.

Medication is an option, but not a mandate and there are bi-polar victims who are not helped by them.

If someone is in a deep depression, be there for them, but give them space. It is best to keep a watchful eye out but not to create more anxiety by crowding them with "helpful" hints.

If you have this disorder, please tell someone. Confide in a good friend, clergy or your doctor so that someone is aware and can run resistance for you when you are suffering.

Anxiety can be related to bipolar disorder, but is also a stand-alone ailment requiring different treatment.

Symptoms can be depression, anxiety, panic and trauma. When an episode comes on, the sufferer often feels a sense of dread and panic, heart race, breathing becomes rapid and the mind races. Unlike with bipolar disorder, these episodes are generally short-lived. Approximately 18 percent of adults in the U.S. are affected by these attacks.

This is a treatable ailment, so seeking help from a health professional is advised.

If you find yourself with someone in an anxiety or panic attack, try helping them focus on breathing only. This takes the person out of her head and thoughts and into a very narrow-minded focus. Slow, deep breaths in through the nose and out through the mouth.

There are herbal remedies out there that can help ease an episode: Bach's Rescue Remedy, chamomile tea and smelling lavender are a few.

Other invisible diseases to look out for

: Also known as CFS, this is just what it sounds like. The sufferer has fatigue that is not remedied by sleep, insomnia, muscle weakness, lack of concentration and a multitude of other symptoms. The treatment is as complex as the ailment itself. People affected with this disease often struggle with relationships, work and general living.

: Symptoms include muscle tenderness or pain, increased fatigue, depression, feeling of fogginess or short-term memory difficulties, insomnia and bloating, tingling, among many others. It is estimated to affect 5.8 million Americans.

There are others, but these are quite common. Because each of these, and others, share common symptoms, testing by a physician is essential. Though they have common side effects, the treatments can be radically different. If someone you know has one of these invisible ailments, be kind and gentle, loving and supportive. The victims of these illnesses would give almost anything to not have them. It is not a choice.

Often they present themselves like everyone else because they want to be like everyone else. But the happy face and the activities joined to fit in, and not be different, leave them run-down and more depressed.

Do your research. Talk to a doctor. Get the facts and support the best way you can. 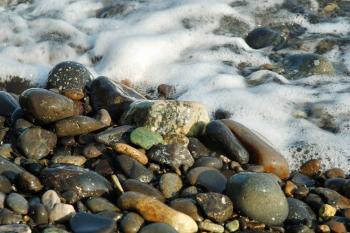 Duty in a 'me First' World