Every Mom Has Days When She Thinks Things She Couldn't Possibly Say Out Loud.

As moms, we all have thoughts we can't possibly admit to, even though we suspect we're probably not alone. Here are 11 things moms think but that they'd never say out loud:

1. Motherhood is so boring

People tell you that being a parent is one of the most fulfilling things you can do, and maybe it is, when you look back at it. But a lot of the day-to-day routine is just plain boring.

2. I regret having this baby

Sometimes we regret motherhood, if only for a while. Thoughts like 'I miss my old life' or 'I regret having two so close together' or 'I should never have had a second/third/forth' are not uncommon. Some moms regret having a baby at the wrong time, with the wrong person or for all the wrong reasons. Regrets are often fleeting, but many of us have them.

3. My child's not normal

No-one likes to voice this, but we all think it sometimes. Our child is different from all the others, and we forget that different isn't always bad...and can sometimes be very good.

Sometimes our kids behave oddly, reach milestones slowly or do things that are just plain weird. We may not always crave 'normal', but in a world where we're always worrying about our child's health, development and future, normalcy can be reassuring.

4. I resent my husband

There's nothing unusual or taboo about moms complaining that their husbands don't help enough with the kids, but many moms feel a deep-seated resentment towards their husband that they keep quiet about for a variety of reasons.

It can challenge their very identity as a mom to express the idea that, yep, actually they'd rather be a dad. They'd rather be the secondary caregiver rather than the primary one. They'd rather not have to do the breast-feeding and most of the diaper changing. They'd quite like to get twice the praise for doing half the work (yes, dads still regularly get told what a good dad they are for doing exactly what their wives do, but less of it).

Just as kids who tell their parents they hate them don't mean it at all, moms who think 'I hate my child' don't mean it either. Some days the sixteenth request for a drink or snack they probably won't consume can be enough to make you feel something akin to hatred.

We love our kids, even when we think we hate them, and why would you ever want someone you love to leave you alone? Maybe because you're tired and sick and cranky, and they've been clingy all day and you just want five minutes to yourself.

7. I love one child more than the other

This is a huge social taboo. We all know you're not allowed to have a favorite child. But many of us do favor one child over the other (and which one that is can change from day to day... and even hour to hour). But if you do have a favorite, don't say it out loud. One or two bloggers who have dared to do so have had to deal with plenty of backlash.

It's incredibly hard to ask for help as a mom. It can feel like an admission of incompetence or inadequacy. We think we should have it all under control, and even though we might think 'I need help' several times a day, we rarely-if ever-say it out loud to the people who would be happy to help us.

OK, occasionally we say this, but only to our most trusted confidantes, because there's something deeply shameful about admitting our failures as a mom. Rest assured you're almost definitely not the worst mom in the world and you're certainly not the first to feel like you are.

As sure as you have those 'worst mom' days, you'll have some days when it all goes right and you think you're the best mom ever. And guess what? You'll have to keep that to yourself as well. No-one likes a show-off. 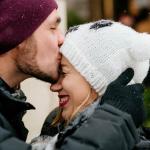 10 Signs Your Man Will Never Leave You