12 ‘Hamilton’ GIFs that explain every moment of your relationship

While We Could Run Down All the Lessons That "Hamilton" Teaches, That Would Deprive You of Actually Going to See the Play.

Here's a pro tip: never try to give away your partner's "Hamilton" tickets.

Doing just that didn't end well for one boyfriend, who tried to sell his girlfriend's tickets to see the Broadway play. Needless to say, they're no longer together.

According to Mic, the girlfriend, a 29-year-old woman in New York, was overwhelmingly excited about going to see the Broadway play since she and her mother, who were poor during the girl's childhood, would save money to go see musicals. The idea of seeing "Hamilton" - a play that shows the life of Alexander Hamilton through rap and hip-hop music - together meant a lot to both of them.

But the boyfriend didn't get the message, and instead tried to sell the tickets to his own younger sister. It sparked a huge argument between the girlfriend and her boyfriend's family, resulting in a breakup.

"I'm typing up an e-mail dumping him right now," she wrote on Reddit, according to Mic. "I think this is one of those situations where everything was so crazy and they were acting like this is totally normal behavior that I thought I was the insane one."

These tickets were pretty valuable. Not only do "Hamilton" tickets cost $1,200 on average, but these seats were for the fifth row on July 9 - the same night that lead actor Lin-Manuel Miranda will perform for the final time, according to USA Today. His alternate, Javier Munoz, will take over starting on July 11.

Of course, Miranda plans to return down the road.

"I think this is a role I'm going to be going back to again and again. I plan to revisit this role a lot," he said, according to USA Today.

Miranda may not be alone, as the entire cast's contracts are up on July 9. The lead actor is the only one to say he's not going to return so far.

Miranda's exit comes at a time when "Hamilton" couldn't really be more successful. At the Tony Awards ceremony last weekend - the Super Bowl for musicals and Broadway shows - the play earned 11 Tony Awards - a so called "sweep," according to my colleague Chandra Johnson. It also previously won a Pulitzer Prize.

The play has been heralded for its decision to have a diverse cast. According to the San Francisco Chronicle's Isabella Ohlmeyer, the show gives minority musical actors a chance to act on the Broadway stage.

But critics say that the play itself is a little tone deaf, and doesn't teach lessons about Hamilton that align with what actually happened throughout history.

"Scholars have debated whether 'Hamilton' overglorifies the man, inflating his opposition to slavery while glossing over less attractive aspects of his politics, which were not necessarily as in tune with contemporary progressive values as audiences leaving the theater might assume," The New York Times reported.

But the play may have valuable lessons for family, as many theater productions and musicals offer benefits for children (though "Hamilton" does have some mature themes and language that parents should consider before taking their child to the play). It makes sense, then, that the girlfriend and her mother from the beginning of this story had such a good time going to musicals when they were younger.

As Time magazine reported this week, theater encourages children to develop empathy. Barbara Zinn Krieger, founder of New York City Children's Theater, told Time that stage productions often draw children and viewers into the experiences of others, putting them in their shoes.

"You can put yourself in someone else's shoes. You can see how a character is solving a problem that might be similar to yours," she said.

It also helps children of the digital age experience something in the real world by putting "a group of people in a room together, experiencing real people in real time," Krieger told Time.

Of course, not all children are going to find sitting through a glorified history lesson fun. That's why Krieger suggests that parents make sure that their child understands what a musical performance is like, otherwise he or she may not grasp any benefits.

When children get a little older and rebellious, parents can encourage their child to go to a play on his or her own or with friends, giving these teens a chance to understand empathy and how people work.

Older children - like high schoolers - will also learn a more valuable lesson from theaters and musicals about how the world works and how to cherish every day.

"Nobody else but you will ever see this," she said. "No performance is ever the same."

These lessons can be found in "Hamilton," too. And while we could run down all the lessons that the play teaches, that would deprive you of actually going to see the show.

So instead, here are 12 GIFs that apply to many of the situations you'll find yourself in throughout life, especially when it comes to relationships, marriage and family.

When you get that match

When you court her

When he or she says yes to go on a date

When she says she needs a break

When the ex is in town

When your boys stand up for you

When the ex leaves town

When you get engaged

When you have the bachelor party

When you go on your honeymoon

When your spouse dies 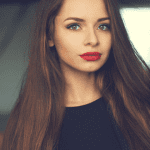 Quiz: Can We Guess How Long You'll Live…