Parents Are Having a Tough Time Talking About Trump, Especially Because He Promotes Bullying and Harsh Language. Here's a Look at the Lighter Side.

Parents, like many American voters, are having a tough time deciding what to do about Republican frontrunner Donald Trump.

Specifically, parents dread the potential conversations they'll have with their children about Trump, especially since he's winning.

This hit a fever pitch about two weeks ago when Trump eluded to the size of his manhood during one of the presidential debates. One family, Gary Goyette and Andrea Todd, ushered their child out of the room so he wouldn't hear Trump's speech, according to The New York Times.

It's not just these sexual comments, though. Trump's approach to this year's campaign has been filled with actions like bullying, crude and vindictive comments, and brash statements that don't sit well with all parents.

"Quite frankly, it's been quite embarrassing when I have an 11-year-old who is better behaved and more polite than some people who are the potential next leaders of our country," Maury Peterson, who runs Parenting Journey in Massachusetts, told The New York Times. "This name-calling and making fun of people is basically the opposite of what he's been taught at home and at school."

Similarly, Kathy Maher, a sixth-grade teacher in Massachusetts, told The Times that she's had to take a very hard-lined approach when it comes to talking about Trump, since he embraces values that shouldn't be taught to children.

"I try really hard, when we discuss politics, to take a balanced view," she told The Times. "But I felt I had to say something this time, because the things Donald Trump says wouldn't be tolerated in our schools. He bullies people, he name-calls, he makes fun of people because of their race, their ethnicity and the way they look."

And she's right. Bullying experts told The Daily Beast late last year that Trump's rhetoric style is something you'd see in middle-school halls, equating it to that of an eighth-grade girl.

Trump also virtually says whatever he wants and gets away with it. Scholar Jennifer Mercieca wrote for Quartz that the real estate mogul embraces something called "paralipsis," a device that allows him to say whatever he wants and then disavow it later. This is like saying your co-worker drinks a lot of water by saying, "I'm not saying he drinks a lot, but I always see him with a cup in his hands!"

Experts told The Times that parents can use conversations about Trump to teach positive values, instead of promoting anti-Trump rhetoric or bashing him. They need to spread ideas about how positivity should always be embraced and tout the golden rule about treating people fairly.

Children should also be told to look past some of his more glamorous moments and focus on learning about his policies.

But parents may also want to show their children the lighter side of Trump, especially if a child wants to see the real estate mogul and learn from him. We've seen parents show their support for Trump in the past, so it's not unlikely for a child to do the same, especially now that he's leading in the polls.

There are a number of videos and vines out there that poke fun at the real estate mogul, and show he's a character putting on a show.

Here's a look at 13 videos that show the lighter side of Trump that may serve as fun or teachable moments for your kids, while also keeping them from seeing some of Trump's more brash and adult messages.

In fact, some of these videos hit on Trump's specific policy ideas, serving as a nice alternative for your child to watch.

When he got mad at a microphone

Trump: I was 'not really' frightened by that bald eagle https://t.co/A9oWN1nMzw pic.twitter.com/82l78mG1G2

Turn out the lights!

He's got the best words

So. Are there two Donald Trumps?

And, just for fun, this is Trump with a beard 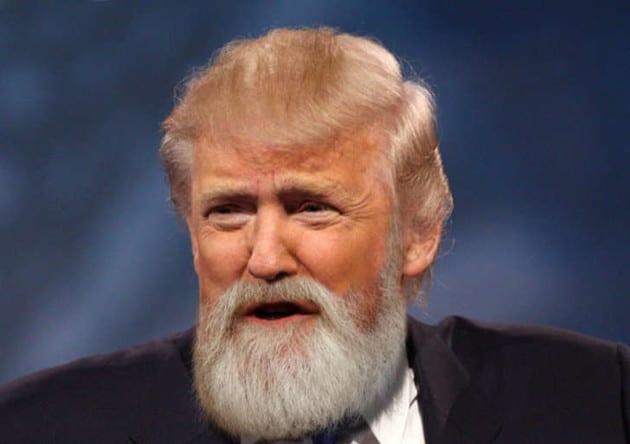 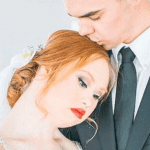 10 Inspiring People With Down Syndrome Who Broke…