If a Bad Day of Parenting Has Got You Down, Just Remember, You're Not Alone.

I have heard many a mother and father complain about how they are failures as parents whenever their child does something wrong (or plain stupid). I may not have children of my own, but I know it's all too easy to fall into this idea that when your child makes a mistake, it is your fault as parents.

It's weird how there are millions of perfect parents on the Internet and not a single one in real life.

What everyone can't see online is the struggle parents go through to get their kids out the door in the morning, or to smile for half a second for a family picture. The whole word just sees that half a second of happiness that is posted online.

As a result, you get a false sense of reality, believing that all the other parents in the world are perfect and you are absolute failures because your kid can't decide if he or she wants goldfish or graham crackers for dinner.

Most of my day is spent staring at a toddler who is staring at a food pantry trying to decide what snack to partially eat.

It's all too easy to get discouraged by this. Sure, it is the parents' duty to teach their children correct, true, and righteous principles. This does not mean that by teaching your children these things, they won't make mistakes.

When we were children, we all made mistakes. Our parents taught us right from wrong and still we somehow end up making poor choices and doing things we now regret.

Fast forward to the present day and you have children of your own. The joke's on you because now your own children are doing the same to you ... and you learn to appreciate your parents much more.

Did You Know: There are more unicorns in the world than perfect parents.

You aren't the only parent in the world who feels this way. Here are 16 more tweets to prove you are not alone:

Parenting has given me the valuable experience I need to be a butler.

95% of helping a toddler who falls down is trying not to laugh at how they fell down.

After repeatedly telling my kids to get ready for school, it appears they believe this request is optional.

Before you have kids, practice yelling "GET UP NOW OR I WILL TAKE YOU TO SCHOOL IN YOUR PAJAMAS!" & see if it's right for you.

5. How have we survived?

You know you're a parent when you sit down and very seriously wonder how the human race has perpetuated itself this long.

I can remember every embarrassing moment over the past 20 years but still can't get my kids' names right on the first try.

Being a parent is pretty fulfilling if you like giving good advice that gets completely ignored 100 percent of the time.

No, officer, I haven't been drinking; my toddler just needed to hand me everything from the back seat.

When you're a parent, sometimes you get to take mini-vacations.

These are also known as trips to the bathroom without your child knowing.

Parenting Status: Too scared to look underneath couch cushions anymore.

Being a parent is a piece of cake:

It seems good at first, but it makes you fat and slowly kills you.

Being a parent means looking at the clock at 8am and wondering how it got so late.

Told my kids I got them a special treat but they had to wait until after dinner, so long story short, I ruined dinner.

1st kid: Document their every move

16. Best feeling in the world

Best feelings in the world:

Have parenting woes and stories to tell of your own? Share them in the comments! 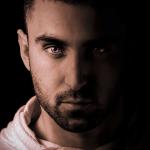 5 Signs Your Guy is a Keeper and…