3 (Good) Things That I Blame My Dad For

Dads Affect Their Children's Lives Long After They Are Grown Up. in Fact, Many of the Good Things About Life Can Be Traced Back to Lessons Dads Taught Their Daughters.

Like it or not, most things in life can be traced back to your parents. Whether you strive to be like them or base all of your decisions on what your parents wouldn't approve of, they influence us even when we don't realize it.

Most parents, though, have a positive influence on their kids' lives, at least in some ways. My dad, for example, has played an integral role in shaping who I am today. In fact, here are three things I hold him directly responsible for.

A solid foundation to build on

My family has never been rich. My dad worked two jobs throughout all my growing up years to make ends meet. However, my siblings and I always knew he loved us. He taught us how to play baseball, came to as many choir concerts as he could and laughed at our lame jokes. He was my rock growing up, the solid foundation I needed to branch out and build my own life.

I bought my first car when I was 16. When we drove that '97 Volkswagen Golf out of the car lot, all I could think about were the looks on my friends' faces when they saw me behind the wheels of my very own car, how great it would be to have the freedom to go wherever I wanted whenever I wanted, and the supreme sense of power I felt having just passed an important milestone into adulthood.

My dad's thoughts, however, were quite a bit different. He wondered how long it would take me to crash it, whether I had thought about the expenses beyond the monthly car payment, what rules he would have to establish to ensure he was still in charge.

It wasn't long before the novelty of having my own car wore off and I became a familiar face at Big O. Usually my dad made these visits with me to ensure that I got good deals and to explain things intelligently to the car guys. However, one day during my senior year of high school, Dad stepped aside and told me I had to take my car in by myself to get it repaired. I was outraged that he would abandon me to the wolves like that, that he was so callous as to force me to take care of a problem that I had no idea how to deal with.

I didn't understand it at the time, but taking himself out of the picture was the best thing he could have done for me. It was time for me to learn how take control over my own finances and possessions. When I got to college, I was much more prepared for adult challenges because I had already been exposed to some of them. I was one of the first of my friends to declare my financial independence from my parents, health insurance and all.

Independence comes naturally in some ways, but true independence doesn't come until the caregivers cast their charges into the unknown to figure out how to chart the waters alone. It's not easy for either person, but both will be better off because of it.

Every dad should heed this advice: "The best thing you can do for your daughter is to love her mother." I watched my parents interact all the time. I noticed when my dad opened the door for my mom, when he defended her when my siblings and I were being difficult, when he openly stated that he liked her the most. By extension, he taught me that every girl has a copious amount of self-worth. I learned early on that I wouldn't have to settle for an abusive or dysfunctional relationship just to be with a guy or to have friends. My dad treated my mom like a queen, and the more I witnessed that, the more I believed in myself.

Angela is a writer, editor, and overall lover of words. You can visit her blog at:
nextarticle 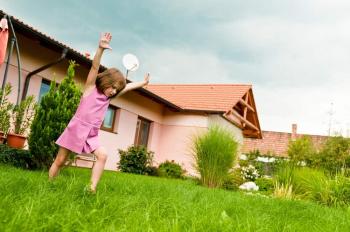 How to Enjoy Some Homemade Fun