3 powerful parenting lessons from the Bible

As parents, we all need a little inspiration from time to time. Biblical parents provide a modern blueprint for raising Godly children.

If you're in need of some parenting encouragement, look no further than the family Bible. God's word teaches us how to live according to His will, and that includes the everyday, ordinary aspects of life. While we often look to heroes of the Bible for remarkable inspiration, we can't forget that these heroes were simply ordinary people called to do extraordinary things in the name of God. Many of those we admire in the Bible were fathers and mothers, complete with households to run. As parents, we can learn a lot from their devotion to God and their children.

Because of Noah's righteous example, he became the father of the world when it started over after the flood. Even though Noah lived during a time of intense wickedness, he persevered and taught his family the principles of God. As the only righteous man alive, Noah's exemplary behavior saved his children.

While we can't force salvation on our children, our righteous examples will help lead our children to God. Like Noah, we can choose to parent in faith even in a wicked world. It took Noah an entire modern lifetime to build the ark, but his patience and perseverance saved the human race. Likewise, righteous parenting is a long-term goal, and we won't see the fruits of our labors for decades. Parenting is the greatest test of patience.

Jochebed, the mother of Moses, Aaron and Miriam, displayed amazing ingenuity to protect her children. To save her son during a time of Hebrew genocide, Jochebed placed Moses in a reed basket and floated him down the river, trusting in God that her son would survive. Later, she volunteered to nurse and care for Moses after he was safely in the care of Pharaoh's daughter. Because of her act of faith, her three children brought freedom to the Israelites.

As modern-day parents, we put faith in God as we raise our children. In our world, parenting is a scary task, but we can show faith like Jochebed's as we turn our parenting decisions over to God. We may not know how our faithful actions will work out in the end, but we trust that God has the best interests of our children at heart.

Joseph, the earthly father to Christ

We don't know much about Joseph, but it's clear from the Bible that he played a significant role in Jesus' upbringing. While we revere Mary for miraculously carrying and birthing Christ, let's not forget the important role Joseph played in both the birth of Christ and throughout Jesus' childhood. Joseph demonstrated faith when he believed Mary's conception story which was later confirmed by angelic ministrations. He took care to protect Mary's reputation and provide physically for his family. He also saw to Jesus' early education and taught Him a trade.

Godly fathers bless the lives of their children. Fathers are vitally important to a child's spiritual upbringing, so much so that even the Heavenly Father made sure Christ had a good father figure on earth. If you are raising children without a father present, remember that strong male role models are important to your child.

The Bible gives us hope that we can raise devoted children even in perilous times. We need not fear the moral decay of the world. We are not the first generation to raise kids in a fallen world. If we want successful children, it helps to look to the righteous parents of the past for inspiration. 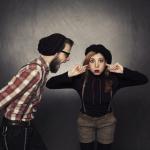