3 Powerful Phrases That Pay Off in Your Relationship With Money

What We Tell Ourselves and Others Matters, Especially When It Comes to Money. Most of the Time We Don't Notice How Oppressed We Sound When We Talk About Money. Here Are Three Changes to Common Statements That Will Empower You to Control Your Money.

We've all been there before. You're staring at something on Amazon.com or a commercial on TV really gets your attention. You already want it when, suddenly, the ridiculous price tag shows up. The feeling of infatuation has now been replaced by a new, sinking feeling. You feel poorer just knowing that a $90k luxury SUV doesn't fit in your family budget. How do you deal with this feeling?

Well, it's not just some ad agency's fault that you feel oppressed when overly-expensive items cross your path. You're oppressing yourself as well. Snap out of it! Don't feel down because you told yourself it's impossible to buy your toddler Air Jordans. You know he won't wear them for more than a month before he has outgrown them, so don't sweat it. Here are three common phrases we tell ourselves, each with an alternative statement that will take you from oppressed to empowered in the blink of an eye.

The sheer mass of opportunities for us to use our money in the modern world is mind blowing. You can't make it through a single day without encountering at least a dozen advertisements. You will naturally see things you want, but wanting is for babies. You run a household. You are responsible, and you take care of your needs first. So when you see that brand new pair of Spy sunglasses for $250, remind yourself of the free pair of sunglasses you got at the career fair your freshman year of college. Ask yourself, "Is this something I need? Or is it just a want?" Remember, needs are things like food, water, shelter, bacon, things like that. It's very unlikely that you will ever need a motorcycle. If you don't need it, don't stress about it. Instead of saying, "I really want that," try saying, "I don't need that."

When this thought crosses your mind, hit the brakes. This happens to me with food all the time because I tend to eat my feelings (I'm working on it, OK?). Deserve is a weird word. Wiktionary will tell you that "to deserve" means to be entitled to something, to be worthy of something. You probably deserve respect or are entitled to polite treatment, but money is tangible. You don't deserve money, you earn it. So if you are treating yourself to a vacation as a family after a year of saving and working overtime shifts, you've earned it. You don't deserve a new Nixon watch if you're saving less than 30 percent of your paycheck. If you do have your bases covered, and you have fun money to spend, remind yourself you earned it by working hard and prioritizing your other funds first. Instead of saying, "I deserve this," try saying, "I earned this." Just make sure you really have.

This one is always fun for me to talk to people about. As a frugal individual, most people are shocked that I consider this phrase taboo. I'm against the use of this phrase because it is total oppression. All you are saying is, "I'm powerless in the face of this price." You aren't stating whether your child needs gold-plated roller skates (see phrase 1). You also aren't considering whether or not it's worth the asking price. You are just the powerless, seemingly poor person in the epic shadow of that daunting price.

How do you empower your family in this situation? Let's say you live in a two bedroom apartment with three kids and one on the way. You already struggle to pay your current rent, but you also can't see any way to afford a bigger place. You see the other listings and think, "I can't afford that." Stop it! Don't close the door on options in your life, ask critical questions. Ask yourself how you could earn more money or where you could adjust your current spending to allow for more living space. Look for possibilities and consider living somewhere else or getting a better-paying job. Those are scary concepts for some, but they are empowering. Not all wants are bad wants. You could technically survive with six people in two bedrooms, but the desire to get into a bigger place could lead to you finally asking for a raise or promotion. Instead of saying, "I can't afford that," try saying, "What could I do, so that I could afford that?"

You control every cent once it is given to you. If you get your head straight and stick to these phrases, you can make sure those cents work for you and remind yourself who is in control. 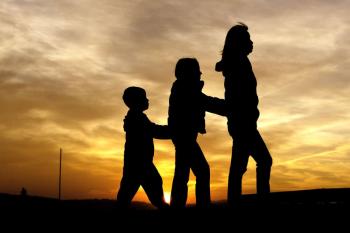 I Know Who is in Charge of Your…