3 things the Pope is saying about your family

At a worldwide interfaith conference, religious leaders discussed the vital roles of families in society.

Over 350 religious leaders, scholars and thinkers gathered at the Vatican in November for an interfaith conference emphasizing the importance of families to global societies.

The conference gathered participants from 14 religions worldwide came to to strengthen one another's focus on traditional marriage as the key structure for preserving economic health and social order.

1. Pope Francis said, "Evidence is mounting that the decline of the marriage culture is associated with increased poverty and a host of other social ills, disproportionately affecting women, children and the elderly. It is always they who suffer the most in this crisis."

Studies have long shown the importance a stable family life plays in the future success of children. A Heritage Foundation study found a link between a rise in violent crime and the rise in families without a father in the home.

A study reported by the Washington Post found that children of single mothers in the U.S. are more likely to live below the poverty line and have less upward mobility than their peers in a household let by a mother and father committed to marriage and family.

2. Pope Francis said, "We know that today marriage and the family are in crisis. We now live in a culture of the temporary, in which more and more people are simply giving up on marriage as a public commitment. This revolution in manners and morals has often flown the flag of freedom, but in fact it has brought spiritual and material devastation to countless human beings, especially the poorest and most vulnerable."

In other words, a sense of entitlement or selfishness can lead to a failure to fulfill commitments in family relationships. Far too many have forgotten the golden rule - they aren't treating others well, just themselves.

3. Pope Francis called for, "True revolutionaries seeking true and everlasting love" because society needs a man and a woman to join together and form a family. "They must go against the common pattern of our culture that emphasizes the temporary."

Making a strong commitment to spouse and family may not seem revolutionary, but in today's society where more and more people are choosing divorce or opting out of marriage and or child rearing all together, standing up for families is more important than ever.

As countries face widespread poverty, aging populations and declining birthrates leading to workforce shortages, families are essential to preserving the best society has to offer.

Click here for 10 great reasons to tie the knot.

Click here for tips on Keeping your family stable in an unstable world. 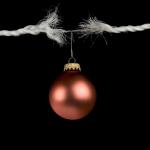