Everyone Has Their Own Argument Style, Which is Yours?

Mahatma Gandhi was an Indian lawyer who employed nonviolent resistance to lead the successful campaign for Indian’s independence from British rule. His peaceful tactics and strategies inspired movements for civil rights and freedom across the world. You’re probably thinking, “That’s great, but I clicked on this link so I could learn about the different types of argument styles. What does this Gandhi dude have to do with that?” My answer to your question, “Tons!”

Before you can completely understand the different types of argument styles, you must thoroughly understand all sides, without bias opinions. You must be able to step back (perhaps several steps back), from your own feelings, and see the bigger picture of your opinion and the opinion of others. In order to give each party, in the argument, a real chance you need a panoramic view.

“An eye for an eye will only make the whole world blind.”

“Hate the sin, love the sinner.”

“Nobody can hurt me without my permission.”

“Whenever you are confronted with an opponent. Conquer him with love.”

“The weak can never forgive. Forgiveness is the attribute of the strong.”

Taking the time to better understand yourself and the conflicting argument, will help you fight fairly and there will be a more appeasable outcome. Everyone falls into a specific argument style on the spectrum. Dinorah Nieves, Ph.D., a behavioral scientist, personal development coach, and consultant for OWN explains, “Since we are social beings who are constantly in and out of all sorts of relationships, conflict is inevitable, but it’s how we approach those conflicts, whether we’re conscious of it or not, that can help us strengthen our relationships.” Nonetheless, understanding how you react in the heat of the moment can help you be a more productive and constructive individual.

Sometimes our arguing style is influenced and modeled by our parents, life experiences, and past relationships. By understanding where you fall on the spectrum, you will be better equipped with the knowledge to react in a better way.

So, let’s find out which category you fall into?

In an argument, is your first reaction to point fingers and list reasons why the other person is wrong? Does this sound like you? If so, your argument style is to attack. During an argument, your sentences probably start with ‘you always’ and ‘you never’. Those phrases are followed by the fault you’re placing on the other person. Even though you may get things off of your chest, you’re not giving the other person the opportunity to voice their concerns and feelings. The real question, at hand, is why is this a problem? If you’re not willing to stop attacking, you’ll never know why the other person has an issue.

Instead of attacking the argument, a more effective approach would be dropping your feelings and expressing your concerns with a dose of vulnerability. Renowned author and speaker, Brene Brown, says that vulnerability is not a matter of winning or losing. It’s having the courage to show up and be seen when we have no control over the outcome. Vulnerability is not weakness; it’s our greatest measure of courage. No one can argue against your feelings; however, they can argue against your attacking antics where you are directly and/or indirectly questioning their character.

If one person is the attacker, the other person is probably the defender. A defender is the person responding to a perceived attack. Usually defenders feel rejected, always wrong, criticized, and need to defend their argument and opinions. In many cases, this arguing style creates a lot of drama because you’re constantly proposing reasoning behind your actions versus owning your issues. It’s important to remember you do not need to convince yourself to win an argument. Moreover, the other person will not be receptive if you cannot accept, or at least consider, other points of view.

All that said, there will be times when you’re called to defend your argument; however, that doesn’t mean every argument should be approached on the defense. Be honest with yourself and assess your stance. You may be defending something inaccurately.

Do you argue at a relentless pace? Instead of taking a moment to calm down and absorb the conversational points, do you insist on discussing the issue? If this sounds like you (or someone you know), that’s the pursuer. Whether you’re following the other person around, or calling incessantly, the pursuer doesn’t know when to stop.

Pursuers may think that talking about the issue, until a resolution is agreed upon, is the way, but it only prolongs the disagreement – until someone (usually, the other person) gives up. An argument, with a pursuer, is oftentimes unproductive. The argument may falsely appear to be resolved, but it’s only because the other person is worn down.

A productive strategy, for pursuers, would be incorporating space into the argument and allowing time to settle down. It’s impossible to truly reflect, until you have time to process what was said. Consider taking a walk, a bath, meditating, or sipping coffee by yourself on the porch to truly process what was said.

Are you super protective and guarded? Do you shut down and avoid communication? If this sounds like you, your argument style is the withdrawer. Withdrawers avoid conflict – at all costs. The problem with a withdrawer’s strategy is there is no resolution. In an argument, a withdrawer oftentimes remains silent and leaves the interpretation of their silence to the other argument participant.

Even though it’s okay to take space and time to process your feelings, it’s not okay to be emotionally distant in the moment and withdrawal yourself. It’s important to remember that no one has the ability to read minds. In order to get your point across, you must speak up and engage in the conversation.

Everyone has their own arguing style – no one is perfect. By understanding your arguing style, you’ll be better equipped to learn valuable insight from others and grow as an individual. 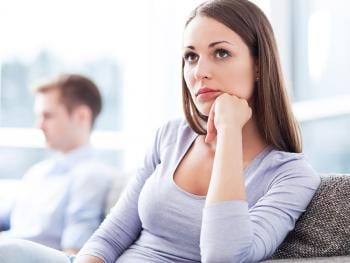 3 Signs You’re Having an Emotional Affair and…