Are you struggling to get your child to unplug?

Gaming has drastically changed from the days of Atari and Nintendo. Now gaming has emerged onto smartphones and become an interactive experience that expands beyond the player next to you.

According to The Pew Research Center, in 2018, 43 percent of U.S. adults say they often or sometimes play video games on a computer, TV, game console, or portable device like a cellphone. The study also reveals that men are more likely than women to play video games. This is still the case when young people are segmented from the group. Seventy-two percent of men ages 18 to 29 play video games, compared to 49 percent of women in the same age range.

So, you’re probably wondering, “As parents, what can we do to prevent our child from becoming a video game junkie?”

The answer is not simple because, as a majority, gaming has become the norm and, in many cases, a lifestyle. If you don’t want your child to become addicted to video games, you’ll need to go the extra mile to supplement the time they would normally be playing video games with other activities to keep them engaged. Additionally, you’ll need to rework their routine, develop a new framework, and assess the mistakes that lead to becoming a video game junkie.

Those mistakes could be:

Introducing children to video games at an early age.

Studies show that children who have more than two hours of screen time per day are five times more likely to exhibit clinically significant behavioral problems such as inattentiveness, and over seven times more likely to meet the criteria for Attention Deficit Hyperactivity Disorder (ADHD).

Mobile devices and phones make it easy for children to be exposed to video games at a younger age. Nonetheless, there are a lot of educational games advertised and targeted towards a younger audience. Panda Security records that the average age for a child to have a phone is ten years old. The trend of kids getting smartphones before they’re ready is a huge concern.

So, what do you do? Don’t give your child a cellphone until they are older. Allowing a child to have a phone grants them access to an endless amount of video games and other technologies that they are not ready for. Even though technology, in the form of video games, is resourceful to teach some subjects, push back and limit the other video games your children can play. For example, if your child spent 20 minutes on ABC Mouse learning, then it is a good idea to limit additional gaming to another 20 minutes; however, have your child choose between the additional 20 minutes of game time or TV. Screen time is screen time regardless if it is used gaming or watching a show.

Make it less convenient to play their video games by removing access from their rooms, removing video apps from their phone, and requiring a list of chores to be completed before they can play. Create a strategy that entices your child to choose another activity over gaming – going outside to play, reading a book, riding their bicycle in the neighborhood, or building with Legos or other materials.

Video games are a given.

If video games are an automatic privilege, you should reassess your household rules. Access to play a video game should always come after priorities are completed. If your child has finished their homework and is making good grades, then it is fine to allow them to have gaming access. However, if their chores are not complete, and they didn’t do great on their latest test, your child shouldn’t be rewarded with video gaming access.

Your kid might be bummed if you make video games an incentive, but they’ll also learn a deeper sense of responsibility and put forth the effort to do things to the best of their ability the first time. Try to maintain a variety of things within your reward system by not using gaming as the only incentive. Consider incorporating things like a later bedtime, a special treat, or a trip to the park. Maintaining video games as the only reward could create potential addiction to gaming.

Every household should create video gaming time-frames. Even if your family is having a lazy day to catch up on rest and relief, playing video games all day is not okay. Create a structured schedule that restricts the amount of time your child is playing video games every day. The American Academy of Pediatrics recommends every child and teenager should have no more than two hours of screen time every day. When the organizations refer to screen time, they mean total time viewing a TV program, gaming, or scrolling on a phone.

Research has linked screen time with an increased amount of sedentary behavior in young children and teens. Since screen time is such a new pastime, there is not a ton of data; however, scientists have linked excessive screen time to ADHD and obesity. Screen time limits present challenges for parents, but it is important to do the research and proactively help your child find other activities to occupy their time that doesn’t involve a screen.

Nevertheless, always practice what you preach! If you are implementing a two-hour timeframe of screen access, you should do the same. Even though you aren’t into games, if your child sees you scrolling on your phone, they will not respect your boundaries because you do not possess the restraint to abide by your own rules.

Your child is going to be bored if they are accustomed to playing video games. So, be prepared to supplement their activities with more outside time together, books, board games, or other hands-on activities that do not involve a controller. 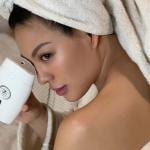 This Diy Tool Lets You Laser Your Hair…