4 negative take aways from our preoccupation with Hollywood celebrities

You watch movies. No big deal, right? right? The characters are gorgeous, wealthy, live a glamorous lifestyle and can take vacations around the world, but are you turning a blind eye to these four influences sneaking into your family values?

What values are our families getting from a steady diet of the splashy lives of Hollywood celebrities? While there are some really fine famous people with solid marriages and healthy families, they are either the exception, or they just don't make the news. Here are four negative take aways we get from our preoccupation with Hollywood celebrities.

1. Lie when it's convenient

Too often celebrities seem to make their own rules with little sense of the consequences. NBC news anchor Brian Williams is a case in point. In one of his own broadcasts, he claimed to be on a helicopter that was shot down a dozen years ago in Iraq. This was not the first time he had told this story. To quote Mr. Williams, "The helicopter we were traveling in was forced down after being hit by an R.P.G." He went on to say that he had been "rescued, surrounded and kept alive" by an army platoon.

The problem is that his story is pure fabrication. His helicopter arrived on the scene after the helicopter that actually was shot down had crashed. He has since claimed that he "conflated events in his memory." It's one thing to exaggerate the size of a fish you caught, it's quite another to knowingly appropriate someone else's story and make it your own.

Telling the truth is essential. Personal accountability is an important cornerstone of a healthy society.

2. Living together is normal and multiple marriages are standard

Some of you may have watched old black and white television productions such as "Leave it to Beaver," or "The Donna Reed Show." While many folks today laugh at what they now call antiquated and unrealistic portrayals of families, those shows touted solid marriages and intact families. And why were they popular? Because they mirrored the ideals our society valued at the time.

It's certainly true that people got divorced in the 50s, but when they did, it was a cause for sadness, not celebration. Far fewer people lived together before marriage then, and for those rare people who did, they certainly didn't broadcast it, because it simply wasn't acceptable behavior.

So many of our Hollywood celebrities now seem to move in and out of multiple marriages with a certain sense of regularity.

What will our definition of marriage and family be 50 years from now?

3. Overt and dangerous sexuality is acceptable

The now popular and "glamorous" film Fifty Shades of Grey, was released on Valentine's Day.

"Even if you don't see the film, its toxic message is seeping into our culture. The movie is actually about a sick, dangerous relationship filled with physical and emotional abuse," said Miriam Grossman, MD, in her Feb. 11 article. "It seems glamorous, because the actors are gorgeous, have expensive cars, and planes, and Beyonce is singing."

Not only have faith leaders asked their congregants to boycott the movie, but, according to an article published Feb. 6 in the International Business Times, "domestic violence advocates have urged people to boycott the film."

Explicit sex and glamorizing abuse are not the messages we want seeping into our homes and families.

4. An excess of anything is OK, including drugs

We watch movies where glamorous, wealthy people abuse drugs to have fun at parties. It may begin to seem normal to use hard drugs for recreational purposes. Movie makers are often careful not to show people smoking, but they're not as careful about showing people doing drugs or abusing alcohol.

In reality, there have been several tragic stories reported this past year of celebrities who took their own lives in drug related incidents.

Where are we getting our values?

We used to derive our standards of behavior from our schools, churches, and close knit communities. Today, schools aren't allowed to teach values, and far fewer of us go to church. Is our fascination with celebrities driving our family values in the wrong direction? Are we moving toward a state of moral relativism, where there is no real standard of right and wrong?

A society is strong, when the values it holds produce solid marriages and healthy children. 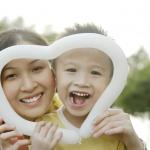 I Fail at Throwing My Children's Birthday Parties…