I used to feel guilty.

When I threw my oldest child his first birthday party, I thought I was pretty awesome. I invited the kids via emailing their parents. At the party, I threw pizza at their faces, and then they dug into the most delicious and decadent store-bought cake they had ever seen. When it was over, I was tired and already dreading the next party I had to throw.

A few weeks later, my son was invited to a party for one of his friends. The custom invitation showered my kitchen with spring-loaded confetti. Every nook and cranny of their house was covered in balloons, streamers and personalized decor. And when the party was over, my son came home with a "party-favor" twice as nice as the present he gave. Party favor? I'm supposed to give all the other kids a present too? I was in awe.

I thought back to the party I threw. I felt guilty. Why hadn't I given my son as much thought and creativity?

A few years and several failed attempts later, here's what I have learned.

I learned that I am the best mom for my kids. I may not throw fancy birthday parties, but I throw killer lip-sync/dance parties every morning while I cook breakfast. We don't have a leprechaun that uses our toilet and turns all our food green, but we eat a home cooked dinner around our table together every night. I may not have handcrafted a bunk bed out of vintage 2x4's, but I snuggle with them every morning and listen to them whenever they want to talk, even if it's way past their bedtime.

If you throw fancy birthday parties, you are an awesome parent. It's one of the many ways you show your kids you love them. Why do you think your children were sent specifically to you? They need the talents and unique traits only you can offer them.

My kids need lip-sync breakfast parties. They need family dinners at the table. They need morning snuggles and late-night talks.

My kids need me.

Becky is a wife and mother of 4. She enjoys music, running, and baking. Becky blogs at Make Mine Happy.
nextarticle 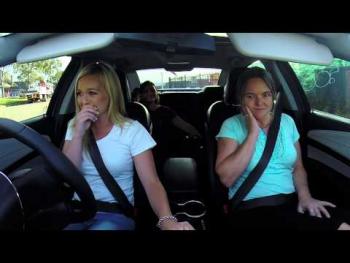 This Grieving Mom Gets a Huge Surprise When…