4 reasons why you should tenaciously hold on to hope

Having Hope is the Light That Guides You Through the Tunnel When Life is Dark. Hold on to Hope and Find the Peace You Seek.

On dark days - and we all have them - it is easy to think that nothing is going to turn out all right. That's when we need to cling on to hope. For life to be enjoyable, no matter what's happening, we must have hope.

Life is too short to be lived in hopelessness. Here are a few reasons why it's important to keep your hopes alive.

1. It helps you believe things will get better

We saw this happen in the life of a dear friend. After a heart-shattering divorce, though devastated, he held on. He would say, "Somehow I'm going to make it through this." That's called hope. A few years later he married a wonderful woman and they are finding happiness together. It doesn't mean they don't have challenges, but it means that together they are creating a joyful life in spite of what happened. That's what hope is - believing that something better is coming.

Desmond Tutu, the Archbishop Emeritus of Cape Town, is another example of one who held on with hope. During those dark days of racial segregation called apartheid, he kept his hope alive. He said, "Hope is being able to see that there is a light despite all of the darkness." His hopes were realized and eventually apartheid ceased to be.

2. It helps you see the good in the world

Hope sheds a light on the goodness that we otherwise might not see. Waking up to a day of sunshine is a beginning. When you go forth on such a day, with hope in your heart, you will notice more and more goodness.

We have seen this happen recently with our nephew, Monty. After struggling through a two-year nightmare of cancer surgeries, his doctors said there was nothing more they could do. It was incurable. Still he held out hope. He said, "There must be something more that can be done." He discovered an experimental treatment suggested by his doctors. There would be expenses involved. With all their financial resources exhausted, he and his wife still held out hope. As it turned out many kind friends, relatives, and strangers have donated to cover most of these expenses. The goodness of so many people fill Monty's life with even more hope for his future.

3. It brings peace to your soul

A man whose business failed, lost nearly all he had. His intentions had been honorable and his hope had been bright. Still, the business collapsed. At that moment all seemed lost. He and his wife decided that a way would open up and they would somehow make it through. They held on with faith and hope.

After losing the business he went back to school, earned a degree that lead to a much more rewarding future for both of them. In his book Way to Be!, Gordon Hinckley said, "Despite how difficult circumstances may look at the moment, those who have faith and move forward with a happy spirit will find that things always work out."

4. It helps you wade through political turmoil

We're living in an unprecedented time of political unrest. We can hold our head in our hands and say "Oh, woe is me!" Or we can get rid of the "woe" and fill our minds with "hope." We are not the first era to face political upheaval. Democracy comes with a price, and must be accompanied with hope.

Franklin D. Roosevelt, 32nd United States President, who led this country during the terrible years of World War II, testified of the need for hope. He said, "We have always held to the hope, the belief, the conviction that there is a better life, a better world, beyond the horizon." Though the years following the war were difficult, a better world did indeed evolve.

We now face new challenges, but the answer is the same: we must have hope and hold on to the principles that bring freedom and peace to all people.

Hope is a beautiful thing. Make it part of your life. Cover yourself with the comforting blanket of hope. You'll find yourself much more able to deal with the now and all your tomorrows. Your future can be filled with the light and peace you seek. Have hope! 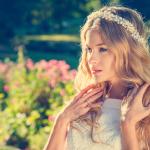