4 Ways to Help Your Kids Deal With Peers Who Cheat

Your Son is the New Kid in School and is Faced With Having to Deal With Knowing His Basketball Teammate is Cheating in All of His Classes. Here Are Four Steps to Help Guide Him Through the Process of Maintaining His Integrity.

It's been two months since work has relocated your family 500 miles from home, and your kids are finally starting to settle into their new lives outside of the suburbs. It's been a major transition for everyone, especially your son who's a rising junior in high school. Up to this point, he'd spent his entire "educational career" at the same schools with the same people. Now he's basically having to reinvent himself to fit into his new environment. Fortunately for him, basketball season is in full swing and your kid just happens to be pretty good at the game. His teammates have started to invite him to hang out after practice, and soon he's the popular "new kid" that everyone wants to get to know better.

Finally the newness of the move has worn off, and your son is finally feeling established and comfortable in his surroundings. Then one day at the lockers, the senior all-star player on the basketball team starts bragging to your son about how he's had everyone else doing his homework for him this semester, and he's cheated on every test he's taken so far. He laughs it off but tells your son he can hook him up with the same deal any time he's ready. Not sure if his teammate is serious or not, your son decides to laugh it off as well since he's the new kid and doesn't want to rock the boat with too many questions.

Word has gotten out about the all-star's homework habits. Soon the entire basketball team can feel the stress of the not-so-secret secret. Everyone agrees that something needs to change, yet no one is eager to be the one to say or do anything about it. Your son has always been taught to speak his truth with love and respect. But this has a whole lot more riding on it than just, say, telling his parents that his brother ate his last protein bar. The potential for him to go from cool kid to snitch is huge, not to mention what could happen to his teammate and his future. Finally, the weight gets so heavy that he comes to you for guidance. So what do you tell him? How do you help him do the right thing and also help him save his cool kid status at the same time?

. Give your son the floor to be able to tell you from his own perspective what he sees is going on. This is a pivotal time in his life with brand new experiences in a brand new setting. By giving him an opportunity to process things on his own level, you'll be silently encouraging him to come up with the perfect solution for the situation on his own. Help him weigh the pros and cons of each of his suggestions, whether it involves talking to the all-star first, his teammates or a teacher. Allowing him to talk it out and see all of the possible outcomes and consequences will help him be better prepared to do what he needs to do.

Once your son has developed a game plan that you're both comfortable with, ask him if there's anything you can do to help. Showing your support for him and his problem-solving skills will make a lasting impression that will foster in him confidence, leadership skills and individuality. It will also make it easier for him to trust that you've always "got his back" and that you'll always be there to support him no matter what. Remember, this is a huge deal, and he needs to know that there is going to be a safe place for him to land once everything is said and done.

3. Keep focusing on the big picture

With the game plan in place, continually check in on its progress and keep encouraging your son to follow through with it. If things seemed to have started going back to normal and the talk has died down, it'll be easy to ignore the fact that there was an issue in the first place. The problem will still be there, of course, even if the winds of the storm have died down. By keeping the intention and the outcome of the solution in focus, your son will be able to experience firsthand what it feels like to maintain his integrity while speaking his truth in love and with respect on behalf of himself and his peers.

On the other hand, if your son feels as if the situation has already resolved itself without him having to take any action, then commend him for being proactive and keep talking with him about what he learned from this situation. There will no doubt be other times in his life when he will be faced with similar situations, only with different players. Having him go through this first experience on his own terms but with your support will equip him with the tools he'll need later in life when other opportunities do present themselves.

. Regardless of how the situation turns out, there is always the potential for some sort of fallout - which you already planned for when he was initially deciding on his course of action. Whatever happens, remind your son that taking the high road might not be the most comfortable way to travel. Yet, in hindsight, it always has the best views, the shortest travel time and the greatest rewards and benefits. Fostering in him the faith it takes to stand on his integrity and act on what he knows to be right will be the beginning of his lifelong journey of healthy, lasting relationships with like-minded people who also walk by faith, speak their truth and understand that love always wins. 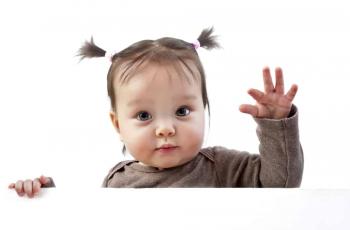 Going Back to Work After Maternity Leave