5 reasons why being frugal is awesome

Being frugal is an amazing feeling that can't be bought. It has to be earned.

The feeling of being frugal isn't something you can duplicate. If you've never been frugal, you don't even know what you're missing. The feeling can't be bought, it has to be earned. Here are five reasons why being frugal is awesome.

1. Having money for emergencies

Let's face it. Emergencies happen. Just like you need health insurance to protect against health emergencies, you need an emergency fund to protect your family against financial emergencies. Car repairs, a new water heater, even an emergency room visit that isn't fully covered by your health insurance. Any of these things have the power to single-handedly wipe out your savings and put immense pressure on your family. Being frugal means you have money set aside for these things. It means that instead of putting those types of expenses on a credit card you can write a check. Having three-six months of expenses saved up means that sudden unemployment isn't as pressing. It's truly a great feeling to know you're safe.

Money problems are a huge factor in the majority of divorce cases. But when you work together to be smart as a team, you have less to argue about. Budgeting together monthly and consistently reviewing habits and goals can foster teamwork that build your marriage relationship rather than bust it. Strengthening that bond can even help you overlook smaller disagreements and annoyances. Marriage is awesome, especially when it's a happy one.

3. You get better sleep

The less financial burden you have on your family life, the easier you will sleep at night. It doesn't decrease the other worries you might have, but knowing you can afford your upcoming bills, your debt isn't climbing, and you have an emergency fund built up, that's cause for some good relaxation.

4. Being able to retire someday

As of 2009, some 51 percent of U.S. households were at risk of being unable to maintain pre-retirement standard of living at age 65. Granted, this was in the wake of the housing and stock market crises, but it also shows that many of those people weren't prepared even before the crisis. When you are frugal, especially early on, your friends may still be working in their 70s, but you'll be enjoying your hobbies, travelling or just relaxing. While many people want to work until the day they die, everyone wants to have the choice to quit, or slow down. Start early, be consistent and you will be able to live your life the way you want in your senior years. Living in the moment may be fun, but your 65-year-old self may never forgive you.

Although your friends may think you're a cheapskate and that you don't know how to have fun, they just don't know that feeling of freedom. Rather than feeling trapped in the hamster wheel of life, you have more freedom to increase your lifestyle responsibly; by paying off debt and saving for big purchases and vacations. Rather than being controlled by your finances, you control them. Rather than feeling the oppression of financial bondage, you feel the sweet release of financial freedom.

You can take action in changing your finances for the better. You do not have to be a victim of circumstance. Being frugal is an active pursuit that requires work. It's about courage rather than convenience. It's about finding ways to have fun without compromising your family's future.

And the feeling is indescribable. 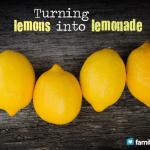