Not all losses that come with a baby are a bad thing. Some of them I don't even miss.

When I was expecting a baby, I got all sorts of advice from people. This advice ranged from helpful to useless and covered a plethora of topics. One frequent theme I experienced though was people telling me about all the things I was going to lose when I became a mom: sleep, friends, freedom, my identity, intimacy, sanity, and the list goes on.

And it's true, I did lose many of those things (especially the sanity part). But there are some other things I've lost that no one really told me about. And honestly, I don't miss them! So instead of focusing on all the negative things I've lost since becoming a mom, here's some positive things.

I never realized how selfish I actually was until I had a baby. There's not a lot of room for selfishness when you're using all your time to take care of another human being. The things I thought I needed but really didn't went right out the window. This new perspective also helps me recognize the needs of other people, especially children.

One of the great things I've lost since having a baby is being ashamed of my body. Some moms feel worse about their bodies after having a baby, but I've never felt better about mine. I used to think my body was ugly and useless, but now I know it can grow and take care of another human being. I also no longer worry about modesty in my home because my child is going to see me naked all the time anyway.

I used to have a good plan for most things. I had a schedule and a planner and knew what I was doing. Then I had a baby who doesn't work with schedules and likes to throw in a few surprises every day.

What I really lost was a fear of the unknown or the idea that I had to know everything. The truth is that despite my research and others' advice, I had NO idea what I was doing. Now I take it as it comes and have given up my need to be totally in control.

Along with control, I also lost my desire to be perfect at everything. I didn't have time to be perfect when I had a baby around. Most days, good enough is the best it's going to get. Besides, nobody gets a perfect score in child rearing. We all make mistakes.

Maybe some people become more judgmental when they become moms, but this was not the case for me. I'm much more likely to give people the benefit of the doubt since becoming a mom. Everyone has struggles and you never know what someone's going through or how hard it was for them to even get out of the house that day. Just let it go!

Yes, being a mom is hard, but we don't always have to focus on the negative aspects. So the next time you're giving a new mom advice, try telling her about one of the nice things she'll lose. 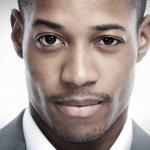 7 Things Lousy Husbands Have in Common