5 tips for navigating the uncharted waters of pre-teens

Just when you think you have the parenting thing all figured out, your child grows into a pre-teen.

Editor's note: This article was originally published on Power of Moms. It has been republished here with permission.

For family night, we decided to play a board game together as a family - we haven't done that in a long time. It was all well until one player decided to stop playing mid-game. He hadn't scored any points and everyone else had. But there was still plenty of time for things to turn around in the game and it's a game where fortunes can shift quite unexpectedly. We pointed this out politely. When that didn't work, we tried stating that "Looslis aren't quitters" and insisting that he keep playing. But that didn't work. He defiantly said, "I'm not playing and you can't make me," and stormed off to his room.

In the grand scheme of things, being a good sport and finishing out a board game with your family really doesn't matter much. But this is a little example my son doesn't mind my sharing and it brings up some things we've been struggling with. So many things come easy to this particular child and when something turns out to be difficult, he's taken aback, he feels really uncomfortable, and he really prefers to walk away. He wants to be an instant winner all the time. But life doesn't work like that. We're always telling him that "when the going gets tough, the tough get going" and that "hard is good."

As our kids get older, it's so tricky to know what to control while we still can control it (in hopes that strongly encouraging some things with talks or bribes may lead to more understanding and self-motivation someday) and what to let go of as we strive to respect our kids' opinions and their need to make their own decisions. My husband and I struggle to be loving, understanding parents while also pushing our children strongly towards the things they are capable of and that will likely bring them joy and success.

I'm realizing more and more that while it's easier to take care of my children's basic physical needs now that they're older, it's much harder when it comes to the tricky nuanced work of taking care of my big kids' mental, social, emotional and spiritual development. The phrase, "Little kids, little problems. Big kids, big problems," seems to hold true. The plethora of little problems just about did me in some days when I had five preschoolers. But I'm finding that all it takes is one "big kid problem" to really throw me for a loop.

The last few couple years, I've felt like a pretty darn good mom as I've really hit my stride as a mom. I quite naturally "get" elementary school-age kids (babies and toddlers, as adorable and fun as they are, were a bit more of a stretch for me). But just lately, my 12-year-old and sometimes his 11-year-old brother are humbling me big time. I'm in some uncharted waters for sure. It's hard stuff and I know I've got plenty more challenges ahead!

My mom suggested I remember this phrase when I headed into marriage and I'm finding it's just as important for kids. I'm working to show real interest in the things they care about and to really discuss possibilities they bring up, even if they originally sound pretty "off." I'm learning about bands the kids have mentioned. I'm getting to know their friends. I'm helping my son earn up money for the electric guitar he really wants.

I can't expect to have a good relationship with my kids if I don't take time to really be with them and listen to them. When I'm so tired at the end of the day and just want to clock-out as a mom after tucking kids in bed, I've found that if I'll tuck my son in last, go sit on his bed, and just let him say whatever, we often have good conversations about important things. I've found that if I help my son do the dishes (his after-dinner job), he becomes quite chatty. I've found that if I pick my son up from school and take him to a favorite place for lunch once in a while, our relationship improves.

People respect those who give them respect

When I ask my older kids what might be an appropriate consequence when one of the younger children has broken an important rule, they feel flattered and respected - and are more likely to pay attention to the rules themselves. When I ask for their help in researching something I'm thinking about doing or buying that fits with their interests and knowledge, they feel useful and helpful.

Raise the Praise, Minimize the Criticize

As I tuck my son in bed each night, if I take 30 seconds to tell him something I really appreciate that he did that day or something I've noticed he's good at, I'm making vital investments in my relationship with him. When I ignore what I can ignore and minimize criticism and/or keep critiques short and sweet, our relationship is much better.

Sleep and food matter - a lot

Remember when we were so careful to make sure our babies got good naps and ate enough healthy food and no junk? Remember when lack of sleep or food resulted in serious melt-downs with our toddlers? As pre-teens bodies and brains go through puberty, they need quality sleep and quality food desperately - but often don't feel the need for either. I'm getting my son to bed early. He can read or use his iPod in bed for a while (that helps keep him from being defiant about going to bed). Then I tell him it's lights-out and we chat a bit and he's usually tired enough not to fight it much.

I'm pretty sure it'll just make him want it more if I try to ban my kids from all junk food. But I've found that if I only have healthy foods (lots of fruits and veggies on hand for snacking, healthy breakfasts and dinners) in the house, that's what he'll end up eating for the most part. We talk about what fuels our bodies efficiently and he worries about the amount of acne and excess weight he sees on some kids and generally accepts that healthy food is best.

As I move forward, I know I'll mess up and I know there will be a lot more power-struggles and tricky questions. But as I'm trying to teach my son, "when the going gets tough, the tough get going" and "hard is good."

Saren adores her five energetic, adventurous, precocious children but doesn't totally adore the mess and busyness and bickering that that comes with them! She grew up all over the world, did her B.A. at Wellesley College and her M.Ed. at Harvard, did humanitarian service in Eastern Europe, and conducted training programs for teachers and enrichment programs for kids. But after she got married and had her five children, the real education and work began! When she's not trying to answer five different needs and questions at once, she writes and puts together programs for moms for the website she co-directs, Power of Moms. She currently lives in Ogden, Utah and loves reading, hiking, and biking with her family (or by herself when possible!). She often struggles with balance but finds joy in being involved in many things that are meaningful to her.
nextarticle 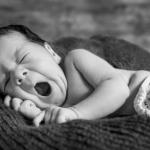 8 Disasters to Avoid When Soothing a Baby…