5 Tips to a Perfect Flight With Kids

If You Are About to Take a Flight With Children, Here Are a Few Tips Gleaned From the Experience of a Perfect Mom and My Own Nightmare Flight to Help You Avoid Your Own Airplane Nightmare.

Have you ever flown with small children and had 150 passengers wanting to throw you and your kids out of the plane at 30,000 feet? Six years ago, I flew from Washington, D.C. to Salt Lake City with my 2-year-old twins. Thinking the kids might sleep during the flight, I decided to take a late evening flight with a short stop in Denver. Boy, was I wrong.

It all started as we boarded the plane in Washington, D.C. with our double stroller. With both kids strapped in, five carry-on bags piled high and two car seats, we could see the looks of disbelief in everyone's eyes. Those stares set the tone for what was to become everyone's worst flight.

All hopes for quiet and sleep were dashed as soon as we took off. My daughter asked me for her favorite snack. As I searched for her raisins, the nightmare began - the raisins were missing. She exploded into the longest and loudest 2-year-old tantrum and would not stop. No matter what I tried, my kids neither slept nor kept quiet, and the DVD player didn't help either. No matter how many times I hushed them or held them, no matter how many other snacks I offered them, neither my kids nor the 150 other passengers on that late flight ever got a wink of sleep or a minute of peace and quiet.

Thinking it couldn't get any worse, a distinct smell, unique to dirty diapers, started permeating the cabin. The stewardess wouldn't let me stand to hold her or go to the bathroom to change her messy diaper because the seat belt sign was illuminated. Not only was everyone blasted with heart-startling screams, they were also bombarded with the awful fumes. Nobody slept, nobody breathed and nobody was happy.

We finally landed. Since it took me some time to gather everything, and because we sat near the front, hundreds of passengers passed us and glared through tired and frustrated eyes. I stared at the ground not daring to meet anyone's eyes.

I recently read an article called "Mom prepared for plane demonstrates parenting ideals." This article discusses how one mother with two small children took the perfect flight, without a single peep from the kids. Holy cow, how I wished I had met that mother before my nightmare flight.

If you are about to take a flight with children, here are a few tips gleaned from the experience of this perfect mom, combined with what I would do differently, to help you avoid your own airplane nightmare.

Line up the chairs in your family room as though you are on the plane. Practice getting on and off the "plane" and make it fun and exciting so your kids will find it an adventure. Prepare them by reading your child a book about airplane travel a few days before taking the flight. Some books include "Airport," "That Noisy Airplane Ride" or "My First Airplane Ride."

Give each child his or her own personal carry-on

Let them choose their favorite snacks, books, journals and games. Bring some mystery items such as new coloring books, new puzzles or new picture books that they've never seen before to surprise them.

Take an iPad or iPhone

Take electronics with new games and movies to grab your child's attention. But make sure you have all your electronics fully charged.

If your kids do act up during the flight, other passengers will be much more forgiving when they're not tired.

Don't sit near first class and stay close to the bathrooms

I don't care if the seat belt sign is illuminated, if I were closer to the bathroom I would have stood up anyway. And as people come and go, it provides free entertainment for your kids.

Do these tips actually work or was that perfect mother one in a million? I decided to put them to the test a few months ago and take that same flight from Washington, D.C. to Salt Lake City with all three of my kids (this time they were ages 7, 7 and 6). We talked about the flight in advance making it sound like an adventure, helped the kids pack their own snacks and helped them fill their own carry-on bags with their favorite games and books. We also brought two iPhones with several new games and movies. It was flawless and I actually received compliments from several passengers on how well the kids behaved. Phew.

Good luck on your next adventure.

Aaren Humpherys is a CPA by day and a magician, beekeeper, and writer by night. He is very happily married to a wonderful wife, a father to three terrific kids, and loves to jump on the trampoline and play games with his family.
nextarticle 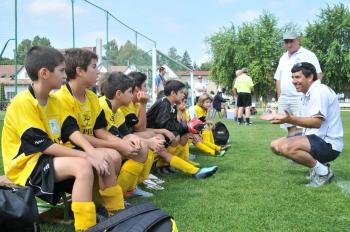 Teach by Example: How to Become a Hope-Based…