Do You Like Sending Your Spouse Love Bombs? Good. They're About to Get Way Cooler.

Love bombs will never be the same again.

During its annual Worldwide Developers Conference earlier this week, Apple unveiled new features for its phones, laptops and watches, as well as changes to much of the iPhone software - the system that makes your phone look all sleek and innovative.

And while Apple didn't mention any new hardware - sorry to those wanting a new iPhone announcement - the company did explain that it is going to update iMessage, the common texting platform for iPhone users.

According to BuzzFeed, this will be the first "significant update in years" for iMessage, even though it's the most commonly used part of the current Apple software. This upgrade - which looks to compete with the dominant Facebook Messenger and a host of other messaging apps - will create new features that you and your family can surely enjoy.

As I've written about previously, one of the best ways for families and friends to communicate is through text messaging. For families, group texts certainly do the job, as they allow family members to openly communicate about family news without having to dig through their Facebook and Instagram feeds.

"It works well for logistical stuff," Lizzie O'Leary, host of American Public Media's Marketplace Weekend, told Caroline Moss of her own group family text. "We are all up in each other's business a lot. But in a loving way."

Research backs up this idea. A 2014 study from the University of Kansas found that teens and children who chat with their parents over apps and texts tend to have happier relationships with their family than those who don't.

The study, which gave 367 young adults from 18 to 29 years old a survey about what texting and apps mean to them, found that they have even happier relationships with their folks when they communicate through two or more smartphone mediums, like texting and Snapchat, or Facebook Messenger and WhatsApp, for example.

"A lot of parents might resist new technologies. They don't see the point in them, or they seem like a lot of trouble," doctoral student Jennifer Schon, who helped with the study, told CTV News. "But this study shows while it might take some work and learning, it would be worth it in the end if you are trying to have a good relationship with your adult child."

With these new iMessage features, the experience of texting your family and friends will only change for the better. Not only will families build better relationships, but also have a funner experience while doing so.

Here's a look at five of the new features with examples of how they'll affect you and your spouse.

This new feature will allow users to scribe a message with their finger and send it through text, just like on the Apple Watch.

Family example: Waking up can be kind of lonely without your spouse, who may have stepped out to work early or may be on vacation. So when you're still groggy and can't text your love for them, scribble a message that they can find endearing and playful.

The new iMessage software will have backgrounds that glow, shake and explode with colors. Think of the live backgrounds for your phone's home screen, but in your text conversations.

Family example: Let's say it's your spouse's birthday, but they have to work. This new feature allows you to make their day better anyway. Send them a "happy birthday" text and bam: the entire screen will become animated with balloons.

3. You can send money

According to WIRED, the new iMessage will allow you to send money through the "app drawer," which means you can link to Square, Venmo and other apps to send money to your friends.

Family example: Is your spouse stuck at the auto shop without any cash in the bank? Send them over some money so they can get out of the emergency and get back to you.

This new feature allows texters to send private photos and messages that can only be opened with the swipe of a finger.

The message will come through as a picture that's blurry and unreadable. But after a texter swipes it, the true image will appear.

But parents should be aware that this new feature could have more nefarious consequences. As many online critics have pointed out, this feature may make sexting easier. That's why it's important to talk to your child about sexting and its potential dangers before letting them use the app.

Family example: Let's say you're surprising your spouse with a fancy dinner, but don't want to wait until they come home to see it. Send them the invisible ink photo and let them swipe for the surprise.

As Bustle reported, this new feature predicts your emojis. It does so in two ways. When you type a word or phrase that has a corresponding emoji, iMessage will suggest that emoji to you in its predictive text box. Otherwise, you can highlight a word and it'll replace it with an emoji. 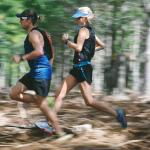 The One Thing That's Corroding Your Marriage (That…