6 reasons you should never let your kids have sleepovers

Nothing Good Ever Happens in the Wee Hours of the Night.

1. No one needs to sleep at anyone's house but their own

2. You don't know people as well as you think you do

How well do you know the people your child would like to sleepover with—your children's friends and their parents? Do you only see them at church? Or at soccer? Maybe you don't even know their names. Have you been in their homes? Do you know what actually goes on there? Are there things going on in the homes of your children's friends that you would not want your children exposed to? Do you really want your kids in the homes of others when everyone gets comfortable and walks around in their PJs? Should we really know each other that intimately? I don't think so.

3. Nothing good ever happens in the wee hours of the night

Listen, I know. I hosted and attended my fair share of sleepovers when I was a kid. Some were horrifying and others fun, but in the end, there was usually some untoward event that made girls "cross their hearts and hope to die and promise never to tell." The toilet papering and egging houses of people you were mad at or had a crush on. So immature. And in my day, kids got taken to the police station and parents were called if the kids were caught toilet papering.

What about the night one of my friends decided to tell us all about how girls really got their periods? It was awful and gave me nightmares. Thankfully, at the maturation program I learned that I was really not going to grow an Alien-like mass of eggs on the outside of my tummy that would eventually explode and I would nearly bleed to death!

Most of these shenanigans are deemed "innocent fun," but are actually really cruel to some. What is innocent about waiting for someone to fall asleep and then stealing their bra and freezing it in a jug of milk? What is kind about giving someone a sleeping pill without them knowing, waiting for them to fall asleep, and then drawing all over their face with markers and dumping a bottle of cheap perfume on them, waking them up, and taking their picture? Nothing. Nothing at all. Those things happened to me by my "friends" from church.

I was new in town and thought I made some good friends. This is what they did to me to "initiate" me. I didn't like it. After the second sleepover with these girls, where the hostess brought out the forbidden Ouija board and tried to force everyone to play, I gathered my things and went home because I had been taught not to play with Ouija boards. The girls laughed at me and it ruined me socially for a while, but still, I went home and I never went to another sleepover.

4. Why would you want to put yourself in a position to be wrongfully accused?

What if your kids host a sleepover at YOUR house? And you get in your jammies, and walk around the house. It's your house, after all. What if you decide to watch the movie with the kids? What if someone's child misunderstands something you say or do and points fingers? What if a kid just decides to make something up about you or your household, to get even with your child? It happens, folks. It really does. When we forbid other people to sleep at our houses, it protects everyone.

5. Sleepovers should be for very close family, in special circumstances only

And I even say this with caution. Many people should not be letting their kids sleep over with their family members. Just because you are related, does not mean you want your children exposed to the environment in your relatives' homes. Do not be afraid to offend. We were not. Your children are your primary and most important responsibility. Take it seriously.

6. Have a "no sleepover rule" and stick to it

When our children were very small and the invitations started coming in, we told them we had a "no sleepover" rule and explained why. They were welcome to attend until 10 or 11 p.m., and then they came home, slept in their own beds. If they wanted to go back in the morning for waffles, that was fine.

I was surprised at how well this actually worked and how supportive some parents were. I know my children got a little pushback from their friends, but because we never wavered with it, there was a firm expectation and it was respected, even if misunderstood. I know sometimes our children were very disappointed, but they got over it. Our job as parents has never been to give them everything they wanted anyway, but it has been to protect them and teach them. We never farmed that responsibility out to others.

I'm a wife, mother, artist, writer and public speaker. I write about my faith, family, and all things good on my blog, Becoming Cream.
nextarticle 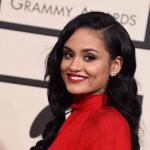