6 things you should NEVER say to your daughter

Most Parents Say These Six Things Without Realizing They're Hurting Their Daughter.

One of your biggest responsibilities as a parent is teaching her how to view her world and herself. Everything you say to her shapes this perception. You might not be aware that some of the things you say in the hopes of helping her, could actually be harmful to her growth. Be careful of what you say to her and avoid these six phrases:

When their daughter comes home complaining (or even crying) that a boy pulled her hair and called her a "doo doo face," many parents explain it away by telling her that boys do mean things to girls they like. That idea teaches a false and destructive lesson. Essentially, saying "he's mean to you because he likes you," equates physical and verbal abuse with love.

Instead, teach your daughter that love calls for respect and kindness and it is never acceptable for someone else to hurt her - especially in the name of love.

Complimenting your daughter on her looks may seem like a harmless boost to her confidence, but it can actually rupture her view of herself. A constant stream of "hey, gorgeous girl" and "you pretty princess!" is going to mix with all the movie stars, boys and bullies who tell her the same thing: her appearance is her most important attribute.

She can't control how she looks. She can't help if she gets acne, if her hair isn't flawless, if she is in an accident that covers her body with burn scars or if she grows older and gets wrinkles. Believing that physical appearance - something she has no control over - is the most important trait, will set your daughter up for heartbreak.

Even if you're diligent in avoiding remarks on your daughter's physical appearance, she's going to grow up believing that it's important if you let her hear your remarks about your own appearance.

Don't let her see you eyeing your butt with disdain or the diet shakes you keep in the pantry. This will only teach your daughter that appearance is something to be dissatisfied with. Develop confidence in your own appearance and don't project your own insecurities, because your self-conscious behavior will encourage your daughter to develop insecurities of her own.

Many parents don't worry about saying this because it's not putting down their daughter, it's putting down themselves. However, studies prove that a parent's attitude towards a subject or skill directly affects a child's ability to do that skill.

Furthermore, beware of telling your daughter something "is easy." This attitude can be damaging because if you tell her something is easy when it's hard for her, she will feel inferior and incompetent for not being able to do it. Instead of telling her "it's easy" say, "I know you can do it!"

Says who? Even if there's a general trend of girls not being good at something or interested in something, it doesn't mean they can't be. Maybe your daughter will be the one that excels above everyone else or maybe "girls aren't good at it" simply because people tell them they aren't. Your daughter's sex only determines her capability if she allows it to.

When you tell your daughter what she can and can't watch, you are teaching her to depend on your censorship. Of course you should set standards for what kind of media is appropriate for your daughter to consume. However, instead of telling her "you can't watch that," teach her the principles to make good media choices for herself. This will enable her to make good decisions throughout her life.

Ask her about a film's content and message. Help her seek out wholesome media and make educated decisions. For example, teach her to use rating systems that break down the content of movies so you can know what objectionable material is in a film before you watch it. Also, you can subscribe to the Dove Channel, which only streams wholesome movies and shows you would be comfortable watching with your daughter. 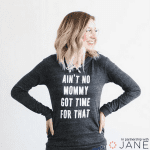 9 Simple Ways to Look Cute as a…