6 Ways to Fight Isis, Build a Stronger Family and Possibly Save the World – All From Your Kitchen Table

6 Ways to Fight Isis, Build a Stronger Family and Possibly Save the World -- All From Your Kitchen Table.

Years ago, when I was living in Saudi Arabia, my then-husband's office was bombed by militant Islamic extremists. Several of our friends died and our lives were temporarily thrown into chaos. As we were briefed after the fact on how notto become targets of terrorists, I learned an important principle: We can't stop terrorists completely, but we can stop them from targeting us.

In the spirit of preventing terrorists from getting any more of a stronghold than they already have, I offer the following ideas on how to fight ISIS, build a stronger family, and possibly - if enough people join in - take a step toward saving the world — all from your kitchen table.

We can't fight something we don't understand; and ISIS is hoping we won't understand either Islam or the Islamic State. Despite naming itself the "Islamic State," ISIS is neither Islamic nor a state— although it would like us to believe it is both. If we don't want ISIS to dictate how we think about Islam, we need to understand, at least on a basic level, what Islam really teaches and how drastically that differs from what ISIS is doing. Take a few moments to look at reputable articles on the teachings of Islam, like this one, for example; and talk to your kids and friends about what you learn.

Don't give evil what it wants

ISIS leaders want us to see the world in black and white. They want their recruits to see ISIS as a utopia destined to save the world from corruption. They want the rest of us to see all Muslims as violent and evil. Why? Because they claim to be fulfilling prophecy about a great war at the end of times, and in order to do that, they need to start a war. Provoking Westerners to fear and fight Muslims indiscriminately allows ISIS to better paint us as the archenemy of their utopia while luring us into the war they want to fight.

We can fight back by taking a moderate, thoughtful view of ourselves, Muslims and Islam. While ISIS may be the embodiment of evil, remember that not everyone living in ISIS-controlled territory wants to be there, and the great majority of those fleeing are regular people escaping civil war, and trying to find a peaceful life.

Get to know your Muslim neighbors

We fear things we don't understand, and lately Islam has been getting a lot of bad press. You might be surprised to know that most Muslims are just as "normal" as the rest of your neighbors. They go to work, wonder what to make for dinner, hope their kids get good grades on their spelling tests, and are as shocked and horrified as you are at what ISIS is doing — if not more so. When ISIS kills people in the name of their religion, Muslims have to deal with neighbors, coworkers and the media misunderstanding who they are. Getting to know all our neighbors of different faiths and talking together about what is going on in the news will lessen our own fears, take away ISIS' power to scare us, and promote understanding - all while making new friends.

Know what your kids are doing online

ISIS recruits in the U.S. are a very, very tiny percentage of the population; so the threat that your child will be one of them is significantly small. Still, it never hurts to be aware of what your kids are up to. ISIS recruits come from a wide variety of socioeconomic backgrounds. There are only two things they have in common: They are young, usually in their teens or twenties, and every one of them has been in contact with ISIS online. Parental involvement in kids' Internet activity is a good idea anyway, and knowing if your child has wandered into (or gone looking for) ISIS contacts on Facebook or Twitter is just one more reason (along with pornography and non-ISIS child predators) for parents to monitor kids' online activities. Keep your computers in public places, set parental controls on smart phones, and consider investing in a good monitoring software.

If you see something that seems suspicious, don't be afraid to speak up and share your concerns with the proper authorities. The local police and FBI are set up to find out for sure what's going on and to help young people get out of bad situations before they get worse. You can even pass along an anonymous tip at tips.fbi.gov.

Talk to your kids!

Conversations you have as a family are extremely important. Talk about everything. ISIS wants to pull families and communities apart. Young recruits are made to feel as if no one understands them but the extremists. According to an analysis by the Rand Corporation, family involvement is the most important factor in helping kids reject violence. Listen to your kids, talk about their day and let them know how much you care. Doing so will give them the most important layer of protection you can give them against all kinds of dangers.

These steps can't stop ISIS from attacking; but they can prevent your family from falling into the worldview ISIS is trying to make us all believe. And if enough people join together in understanding the peaceful teachings of Islam, befriending neighbors of different faiths and strengthening families, ISIS may lose much of its power to recruit followers and influence world events.

Rebecca Watson is a student in Intelligence Studies, a Private Investigator, and the mother of six.
nextarticle 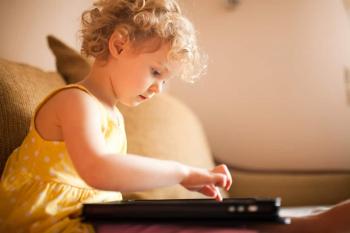 The Alarming Truth Behind Too Much Screen Time…