From Subtweets on Twitter to the Shady Snapchat, There Are Many Different and Indirect Ways That Teens Can Be Bullied Online.

From subtweets on Twitter to not tagging a friend in a photo on Facebook or Instagram, there are many different and indirect ways teens can be bullied online.
Here are six subtle ways teenagers are being cyberbullied nowadays:

There's no drama worse than drama in the Twittersphere, and a subtweet is as subtle as it gets when it comes to online bullying. A subtweet is when someone is tweeting you, but doesn't directly mention you by name or by Twitter handle. The following example could be about a girl in particular, but doesn't mention anyone specifically:
Example: "Some girls just don't look good in orange."

You know you were there and you know you were at that party too, but you weren't tagged in a photo from the party that was posted both on Facebook and Instagram. Though it seems it was a simple mistake many teenagers purposely leave that tag out. It is there way of saying you were good enough to come to the party, but don't begin to think you are friends with us.

Let's say that party was the party to be at, but you weren't invited. An indirect form of bullying would be to take photos and videos of the party and then to send them directly to those who weren't invited. Or if you were doing something kind of embarrassing and people snap it without you knowing and send it to everyone.

Sometimes, you take photos on your phone that you may not want everyone in the world to see. Another form of bullying is to screenshot (like on Snapchat) or save a photo and then post the photo on another form of social media without permission from the person who took the photo.

Cyberbullying with teens can be in the form of private messages through social media networks that have private chat or messaging as an option, including Facebook, Twitter, Instagram and Snapchat. This is when a group of teens purposely write a person in hopes to make them feel bad or inadequate.

These six subtle ways that your teen can be cyberbullied are the worst, but with VISR you can know if your teen is a victim of bullying. VISR is an app for parents that notify them when there are issues in their teen's social media use with specific alerts that will tell them whenever their teen is being bullied or is acting like a bully. Download VISR today and help protect your child. 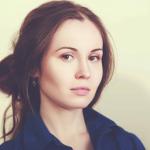 10 Signs of Pregnancy That You're Not Aware…