7 lessons that turn a boy into a man

Mainstream media paints the picture of ideal manhood in drastically different ways, so how can a boy every actually know what makes a real man?

My wife, Ashley, just had an ultrasound and we found out that we're having another boy! That's right, four boys in a row. Pray for my sweet wife who is now completely engulfed in a house full of testosterone!

Since God has entrusted me with the sacred duty of raising four boys to noble manhood, I want to make sure I'm teaching them the right lessons! They're growing up in a world where manhood has been redefined and good role models are harder to come by. I want my boys to know that they're not automatically a "man," just because they start shaving or hit their eighteenth birthday. Manhood is about so much more than hair and age.

The modern ideals of masculinity are a schizophrenic mixture of unrealistic or even destructive role models. Hip Hop culture presents a man as a lawless, materialistic, womanizing thug with with no respect for authority. This is particularly damaging, because that music has the most influence in urban settings where fathers are largely absent which intensifies the influence of the artists. Those boys are looking for role models, and sadly, there's often not one at home so the ones on TV fill the void.

Mainstream media paints the picture of ideal manhood in drastically different ways. One minute a man is being told to reject his masculinity and take on an extreme model of egalitarianism in the home where there is virtually no distinction at all between men and women apart from genitalia. The next minute, men are being told to "man up" which can mean anything from eating more red meat and lifting weights to working longer hours to provide the "American Dream" for the family.

I don't want that for my boys. I want them to be the courageous men God created them to be.

I don't want to raise them with an idea of manhood that's based on my own opinions or the ever-changing opinions of culture. I want them to learn the truths of manhood from the One who created Men in the first place.

Below are seven timeless truths taken from God's Word (The Bible) which have universal application to all men in all cultures. These are the tenets I hope to teach and model to my sons.

The 7 Duties of a Man

Being a man doesn't mean you have to go around punching people like your in a UFC cage match, but it does mean you must have the courage to take a stand for what's right. Speak up for the powerless. Defend the weak. Fight for justice for the oppressed. Fight for your family.

"Don't be afraid of them. Remember the Lord, who is great and awesome, and fight for your families, your sons and your daughters, your wives and your homes." Nehemiah 4:14

Boys run from responsibility; men run towards responsibility. If you're a grown man living in your parents' basement and constantly bouncing around between different women and dead-end jobs, you're not a man. You're a boy with a beard. Grow up.

"A wise son brings joy to his father, but a foolish son brings grief to his mother." Proverbs 10:1

3. Provide for your family

Your wife and your children should know that you would be willing to go hungry to make sure they're fed. It's not the government's job to feed your family. It's YOUR job. There's no shame in assistance when you need it, but you should also be willing to work hard to provide.

"The man who is unwilling to work shall not eat." 2 Thessalonians 3:10

Emotions are a tool given by God and there are healthy and important ways to express them, but don't be ruled by them. If you don't learn to master your anger and your emotions, then your anger and emotions will master you.

"Fools are quick to express their anger, but wise people are patient and control themselves." Proverbs 29:11

In many ways, your life and legacy will be defined by how you love your wife. Show her you'd be willing to lay down your life for her. Show your boys what it means to love and respect a wife, because they're learning what marriage means by watching you.

"Husbands, love your wives, just as Christ loved the church and gave himself up for her " Ephesians 5:25

*[Read: 6 things every son needs from his mom}(http://familyshare.com/parenting/7-things-every-son-needs-from-his-mom)*

God made you and His plan for your life is the only plan that counts. Don't be so prideful that you try to do it on your own. Life is meant to be lived in relationship with your Creator. If you're walking with Him, you'll always be headed in the right direction!

"Trust in the Lord with all your heart, and don't depend on your own understanding. Seek His will in all you do, and He will show you which path to take." Proverbs 3:5-6 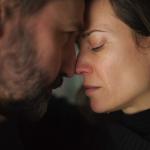 5 Ways You and Your Husband Are Absolutely…