7 scary ways your child is manipulating you

These Behaviors Might Seem Innocent, But They Could Be Controlling You.

Does this sound familiar? You struck a deal with your teenage daughter that, if she went to a party Friday night, she'd clean her room the next morning. Saturday has come and gone, and her room is still a mess.

Children and teens like to get their way and often test their limits to see how far they can push you. Sometimes arguing is so tiring that giving in is the easiest option. The first step to ending the never ending tug-o-war with manipulative children is recognizing manipulative behaviors.

Here are seven behaviors your child might be using to manipulate you:

Although tantrums most often happen with young children, teenagers can throw tantrums as well by slamming doors, screaming "you're ruining my life!" and arguing passionately. Tantrums are one of the most powerful tools children use to get what they want, especially if you often give in out of exasperation or fear of embarrassment in public. Whatever the situation, tantrums are a red flag of manipulation.

Teenagers often make empty promises to obtain temporary pleasure, such as the teenager who promised to clean her room, so she could go to a party. Empty promises are tricky because, as a parent, you may fear your children are not going to fulfill their responsibilities unless you grant their wishes.

If you ask your child to turn off his video game and clean his room, and he accuses you of loving his sibling more than him, this is a form of emotional manipulation. Your children may play victim by comparing you to friends' parents who supposedly let them stay out an extra hour on school nights. Although these words can make you question your parenting style, don't take the bait. Odds are you are not picking on them, so focus on what they are trying to achieve by claiming these things.

Your teenagers may tell you they will be sad until they are allowed to go out with friends. In these situations, it is better to acknowledge their sadness but continue to tell them they have to endure the consequences until they fulfill their promises to you. Emotional manipulation is effective when a child is trying to achieve something by wearing you down. Stick with your first response, and don't be fooled by the puppy-dog eyes.

Steamrolling can be illustrated by the incessant question, "Are we there yet? How about now?" over and over again. It is a never-ending request that is intended to exhaust you until you concede. The best way to handle this behavior is to fight fire with fire. Respond the same way as before, and your child will realize you aren't going to change your mind (or the length of travel).

Lying is the easiest way for children to manipulate you because they can do inappropriate things without you knowing. Your teen may say she is going to a friend's house and end up somewhere different. With teenage freedom comes worry about honesty. If your teen has a habit of omitting the truth from you, mobile apps such as WebSafety allow you to track your child's location through your smartphone. Knowing your child is where he says he is will give you a sense of relief when she leaves the house.

The silent treatment can cause anxiety in a parent, but it is a child's way of manipulating you. Although you can't force your child to talk to you, assure him that he is not invisible, and his responsibilities are still relevant. According to WebMD, a teen who completely shuts down and refuses to speak may also have an underlying problem. Say you are ready to talk whenever she chooses to open up.
All in all, the best way to stop this kind of behavior is to be aware of your child's social behavior and simply talk to your child about their actions. Remind them that they are still young and that you are still in charge of their well-being. 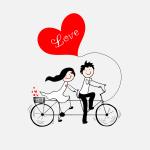 13 Love Poems That Will Make Her Fall…