7 signs you are that horribly overprotective parent

You aren't afraid of being the parent that puts their foot down. In fact, you relish in it.

Kids face temptations to all kinds of reckless behavior. The world's confusing messages besiege them. Who do you want raising your children and shaping their values? The media? Their friends?

Not a chance. You're a no-nonsense guy (or gal). You don't tiptoe around your kids or apologize for enforcing rules. You treat your children like the underage munchkins they are. You love your kids so you choose to:

1. Know your kids' whereabouts and enforce a curfew

While a tracking device inserted under the skin would be nice, making your kids accountable is probably even better. Encourage your kids to learn responsibility by notifying you of their whereabouts. Be fair but consistent with curfews. Insist that your teen reports to you immediately upon arriving home.

For you, dreaming up appropriate punishments is really fun. Serve justice in a way that's relevant and meaningful but not harsh or cruel. For example, when my eleven-year-old son won't sit still for an hour of church, he goes straight to the couch when we get home. No talking, wiggling or playing is allowed while he "practices" church for several minutes. The threat to "practice church" is usually enough to keep him still during the hour-long meeting.

3. Watch what your daughter is wearing

Yes, revealing clothes for girls are fashionable, and widely accepted. But isn't it refreshing to see a teen girl in clothes that are cute and flattering, but modest? My teen son has admitted to me that he's uncomfortable around scantily-clad girls. (Yes, he does like girls.) See this article on the merits of modesty.

Do random phone checks. It's a parental right, especially if you're footing the phone bill. Don't feel guilty about skimming some of your kids' text conversations. It's a surefire way to see what they're up to, and perhaps prevent some poor choices.

5. Speak often with your kids about uncomfortable subjects, like pornography

6. Ask your kids what they did last night

It's not nosy to be interested in your kids' activities. Some kids are more open than others, but it's always important to ask. Be casual but interested in their activities. Keep tabs on how they spend their time.

7. Say no to certain shows or movies

There is a lot of garbage out there on TV and in movies. Shows that take a casual approach to unmarried sex and pornography, display inordinate amounts of graphic violence, showcase contention and disrespect in families, and feature drug and alcohol use don't set a positive example for your children. Watch what your children are watching, so you can discuss what's on TV or to be there to turn it off.

Taking a tough-guy approach as a parent isn't like being a bully or a control freak. As it turns out, being a horribly overprotective parent is a good thing. Doing just that is acting on the deep love you have your children by helping them make good choices. 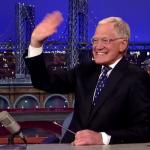