7 substitute sayings for a healthier relationship with your teen

You may (or may not) know that you can substitute applesauce for sugar. But, did you know you can also make seven easy changes to improve your relationship with your teenager?

Avocado instead of butter? Chia seeds instead of eggs? Pinterest is covered in baking substitute charts to help you bake the world's healthiest cookies. While I can't say I have ever made avocado cookies, I do appreciate all the mid-cooking trips to the store these charts have saved me. (Out of baking powder? Grab the cream of tartar and baking soda.)

1. Substitute "Why can't you be more like Johnny?" with "I really appreciated it when you played with your sister today so I could cook dinner."

In the first example, your teenager hears, "I like Johnny more than I like you," or "Johnny is better than you." This isn't true, and it's not the message you are trying to convey anyway. You want your teenager to know you value him for his unique qualities and personality. The second option acknowledges specific examples of positive behavior, so he knows exactly what he did right. It also points out the consequences of his choice as well, helping him link his actions with the results.

2. Instead of, "How was your day?" say "What was the most exciting part of your day?"

Unfortunately, the first question is not open-ended; furthermore, this particular question has become almost meaningless through frequent repetition. The second question inspires more thought, and, for those with taciturn teenagers, it's hard to answer with one word. As a bonus, this question can also help you learn what interests, excites, and motivates your teen.

3. Swap out "I'm disappointed in you." for "It really bothered me when I heard you refer to the new girl as 'gross.' Can we talk about it?"

The first sentence pushes a lot of emotional buttons, but the real problem is a lack of specificity. It is a blanket statement, so a melodramatic teenager could easily hear, "I'm disappointed in everything about you." For obvious reasons, this interpretation could be damaging to a relationship. A better approach is to address a specific example of a specific attitude or behavior. It's also important to consistently open up a dialogue with your teenager. If your teen feels safe in your conversations, he or she will be more likely to talk to you about sensitive subjects rather than turning to less reliable sources like peers or the Internet.

5. Instead of, "You're lazy, disrespectful and selfish. What did I do wrong?" say, "What do you think your weaknesses are? How can I help you work on them?"

The second option contains many "nutrients." It gives the teenager responsibility for her self-improvement, encourages self-awareness, and it encourages her to set goals. And, this option puts you in the role of mentor and partner rather than the bad guy (a much more pleasant situation for you). Last but not least, almost every potential employer will ask your teenager during a job interview to identify her biggest weakness so learning to answer this question early and often will be great practice.

6. Swap out, "No, you can't go out tonight. You never spend any time with our family," for, "I know you really enjoy playing Super Smash Brothers. Can we play together tonight?"

Family time is much more fun when everyone's having, well, fun. If your teen seems reluctant to participate in family activities, consider letting him plan the next one or choosing one of his hobbies as the focus. A personal invitation can also make him realize his presence is important to you and make him feel wanted. Make sure the two of you are spending regular quality time together as well so he knows you enjoy his company and don't just view him as a "piece" of the family "set."

7. Instead of "You never talk to me." Substitute "Have you read the "New York Times" article about school shootings? What did you think?"

Sometimes it's difficult to start a conversation with someone with whom you speak often or someone with whom you don't speak much at all! If you and your teen fall on either end of the spectrum, consider talking about current events, books, movies, politics, music - anything that falls outside of your normal day-to-day conversations. This can take some of the pressure off a relationship that may revolve around rules and expectations, and you will learn more about each other's ideas and thought processes. Conversations like these can also help your teenager make interesting small talk, which can be invaluable in social and business situations.

While popular culture makes healthy relationships with teenagers challenging, it doesn't have to be. These seven substitutions can help you swap out the relationship junk, add some emotional vitamins and enjoy the teenage years of your loved ones.

Rachel Chipman graduated with a bachelors degree in family life and human development. Her current goals are to read more, to write more, and to learn to type while holding her infant daughter.
nextarticle 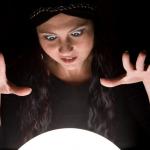 It's Not My Job to Read Your Mind