8 Celebrities Who Were Estranged From Their Families

Everyone deals with family problems, even celebrities.

Family is always a complex topic for some people. Some people are close to their families, while others endure turmoil and drama at every turn. Ordinary people go through troubles with their families, and so do celebrities. Unfortunately, fame and fortune won’t make family drama go away. In some cases, it can make it worse. Once you reach a certain level of influence, your family members start acting differently. For some celebrities, there was a time when they cut off contact with their relatives, for better or worse. Here are some stars that are estranged from their families and why, even if it was brief.

In her autobiography released in 2020, “The Meaning of Mariah Carey,” Carey discussed her tumultuous relationship with her mother, Pat. Carey wrote that their “complicated journey together” caused her “so much pain and confusion.” Carey always wanted a loving relationship with her mother. Still, she said that she felt her mother could never give that to her. Carey acknowledged that she had to go through the painful process of removing people from her life, even if she cared about them.

Carey wrote, “I had to stop making myself available to be hurt by them. It has been helpful. I have no doubt it is emotionally and physically safer for me not to have any contact with my [siblings]. The situation with Pat, on the other hand, is more complicated. I have reserved some room in my heart and life to hold her -- but with boundaries. Creating boundaries with the woman who gave birth to me is not easy -- it is a work in progress.”

“Modern Family” star Ariel Winter doesn’t have a connection with her mother after a years-long court battle. When the actress was 14, the courts gave her older sister Shanelle guardianship. During a two-year court battle, Ariel’s mother tried to regain custody, but eventually, Shanelle was given permanent guardianship. Ariel was emancipated from her parents when she was 17. In a tweet, Ariel shared how grateful she was to have the support of her loved ones, especially her sister Shanelle and her father. Winter ended the tweet by saying she can’t wait to embark on new adventures.

Adele stopped talking to her father, Mark Evans, as a preteenager after her parent’s divorce. She even said she didn’t love her father in a Grammy acceptance speech, saying her manager Jonathan was the father figure in her life. Adele and her birth father were separated for years, but she says they made peace before he died from cancer. Adele told Vogue when he passed, she knew he loved her, and she had a physical reaction, feeling the fear leave her body.

Jennifer Aniston and her mother, Nancy Dow, were estranged for years. Dow published a tell-all book, “Mother and Daughter To Friends: A Memoir during their separation.” Fortunately, they reconciled before Dow’s death, but Aniston remembers the nasty parts of their relationship. Aniston told The Hollywood Reporter that her mother was very critical of her. She says her mother was a model, so she was stunning, but Aniston wasn’t, which was okay with her. Aniston also said her mother was unforgiving and would hold grudges that Aniston thought were petty. On top of all that, Aniston said her mother had a temper.

Kate Hudson and her mother, Goldie Hawn, have always been close. Unfortunately, Hudson can’t say the same about her relationship with her father, Bill Hudson. He wasn’t in her life growing up, so Hawn and her partner Kurt Russell raised Hudson. She says she’s trying to forgive her father all her life but says her father disowned her and her brother Oliver. Bill told DailyMail he had five birth children but only claimed three of them and no longer recognizes Kate and Oliver as his children. He ended the statement by saying Oliver is dead to him, and Kate is too.

12-time Olympic gold medalist Ryan Lochte separated from his mother in his adult years, sharing that he had to leave their relationship after his mother made cruel comments about his family. Lochte says he wants to forgive her, but his mother isn’t willing to apologize, so the two haven’t spoken in years.

Family and dealing with family can be challenging for ordinary people. Sadly, dealing with family can be especially tough when you’re a celebrity. The sad part about stars and their family dealings is their business is plastered on magazines and websites for millions of people to read. It’s good that some of these celebrities could reconcile with their families. Unfortunately for some, who knows if they’ll ever reconcile? When it comes to estranged family members, you should always be willing to bury the hatchet. You never know when the day will come that you can’t reconcile with them anymore, so fix it while they’re still here. 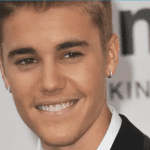 8 Celebrities Who Got Rejected by Others