You Know About Glowing, Cravings and Morning Sickness, But Pregnancy Affects Your Body in Many Unique and Surprising Ways.

From morning sickness to cravings for ice cream and pickles, there's no doubt you've heard a few of the telltale pregnancy signs. But there's a lot more going on during gestation than just "glowing" and craving sweets. In fact, if you've never been pregnant before (and even if you have), you might be surprised to learn some of the unique - and outright odd - signs of pregnancy.

1. You've got a metal mouth

You might crave potato chips, but you taste tin foil. This phenomenon, called dysgeusia according to What to Expect, usually occurs near the beginning of pregnancy and is caused by rapidly fluctuating hormones. If metal mouth is making you crazy, you can combat it with acidic foods, like citrus juices.

2. You get your period

...or so you think. While the absence of a period is a common symptom of pregnancy, many women actually experience light bleeding or spotting early in their pregnancies. This is known as implantation bleeding, and occurs when a fertilized egg burrows into the uterine lining.

If you feel like you're getting a cold, it might not be a seasonal bug after all. According to Baby Center, up to 30 percent of pregnant women experience congestion without having allergies or a viral infection. This is due to the fact that higher levels of estrogen can cause swelling in the mucous membranes lining the nose.

You'll know a pregnant woman by her spots - facial spots, that is. Pregnancy often causes melasma, or dark, spolotchy spots on or near your face, according to the American Pregnancy Association. Also called "mask of pregnancy," you can help avoid this darkening by using sun block and staying out of the sun.

You might be a young woman, but during pregnancy, you may experience the gastric reflux of an old man. That's because pregnancy actually affect the valve between your stomach and esophagus, which in turn can cause heartburn. Avoiding acidic or carbonated foods and beverages can help.

6. You've got a temperature

It's not a fever, but if you see the thermometer rise slightly - and stay that way - you could be pregnant. Your basal body temperature naturally rises the day after ovulation (from about a half to a full degree Fahrenheit), remaining higher until you get your period about two weeks later. That said, if you're pregnant, you could see the thermometer hang out a little higher than normal - indefinitely.

There's no doubt about it: pregnancy can make you itch - for a number of reasons. From pregnancy-related eczema to cholestasis to PUPPPs (a pregnancy-related skin rash), itching can start at conception or show up as late as your third trimester. If you're concerned about an itch, talk to your doctor.

8. The room is spinning

Pregnancy affects the entire body - including its ability to balance. It's not uncommon for pregnant women to feel dizzy or lightheaded during gestation. This is because pregnancy generally decreases blood pressure while dilating blood vessels. If you experience severe dizziness or fainting, talk to your doctor right away.

9. Brushing your teeth is torture

Chalk it up to those pervasive hormones; pregnancy can make you really hate your toothbrush. Many women experience a gagging reflex when they brush their teeth. Whether this is due to the mint flavor of the toothpaste or the act of brushing itself, this phenomenon usually dissipates after the first trimester. 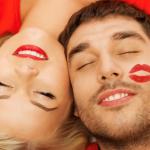