If you're like most parents, choosing the perfect name for your new bundle of joy is tough. It's a good thing there are 9 months of pregnancy so you have more time to figure it out. Here are some suggestions to help you along your way.

It's an enormous decision: the choice of what to name your new baby. It seems too big of a decision to make when you don't even know them yet. So how do you decide? There are no rules governing names (as evidenced by celebrities naming their children everything from Apple to Northwest) so the sky is literally the limit. But if you'd like some guidelines to help narrow down your choices, take the following 9 suggestions into consideration.

Often, nicknames will be something that rhymes, like Fatty Patty, or has alliteration, like Loogie Luke. You won't be able to predict every possibility, but you should rule out a few of the easiest rhyming names. Some names, like Richard, have obvious nickname problems which almost preclude them from being usable until the child leaves for college.

If my parents had taken it into their heads to choose Francesca as my middle name, my initials would have been K.F.C. Watch out for other initial problems, like P.M.S., F.A.T., or R.U.M.

If you have a single syllable last name, you might want to choose a longer first name to balance it out, or vice versa. Choosing a long first name when the last name is already long will turn your child's name into a tongue twister and set them up for embarrassment.

4. Look up the name's popularity.

The Social Security Administration has a database of names that stretches back a hundred years. You can check on the top 10 names trending now, or type in a name, specify the number of years you'd like to look back in time, and see the rank for each of the intervening years. You'd be surprised how name trends come and go. In 1972, the name Chad was ranked 25 for popularity. In 2013, it came in at 667.

Not only should you think about extended family and name significance when you choose a name, but you should also consider your own. Is there a name you like that is too similar to an existing family member's name? Are you accidentally naming all your sons so their initials are JJN (as happened to my mother-in-law three boys later)? What about the future? If you're planning on having more kids, think about what other names you might want to use and whether they would conflict with the one you choose now.

6. What are some of the name's associations?

Was there a girl in high school named Carissa who bullied you and made fun of you every chance she got? Do you still think about her sometimes with angry feelings? If so, Carissa might not be the best choice of name for your new baby girl. Some name associations never entirely go away. The same goes for names like Angel, Charity, Mary Kay, or Chanel. To some extent, the meanings and associations behind those names will follow your child his or her whole life.

7. Do you care if the name is androgynous?

These days, it seems no name is solely for one gender (except, maybe Susan). Sometimes there's a subtle change of spelling that hints at the name's gender (Aaron or Erin, Ryan or Rian, Austin or Austen), but sometimes the name is used and spelled exactly the same. Think about this before you make your final decision.

8. Are you being creative for creativity's sake?

Name spellings are entirely at your discretion and you can either bless or curse your child with the spelling of their name. For instance, Chad is sometimes spelled Chadd, but do you want your son to have to clarify, "That's Chadd with two d's" for the rest of his life? Maybe the spelling will make the name more distinctive, like Raynne instead of Rain, but is the wacky spelling worth the effort? Maybe it is. You decide.

If you haven't found the perfect name by the time your little bundle of joy is born, you might feel pressured by the hospital to pick one spur of the moment because you must fill out the birth certificate before you leave. However, many states will allow you to fill in "baby girl" or "baby boy" if you haven't decided yet, and then you have a window of time to make the change at no additional fee. Make sure you know what the rules are if you're not planning on settling on a name right away.

It's not every day you get to name another human being, but you mustn't feel pressured in any way to take anyone's advice but your own when it comes to that baby's name. You're bringing that child into the world, the least you should get to do is name it whatever you jolly well please. Here are 10 tips for surviving the first week as a new parent. 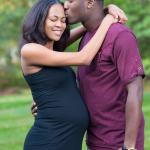 How to Be Married - and Stay Married…