9 Ways Your Husband Will Change When He Becomes a Dad

Every Woman Needs to Be Aware of the Ways Her Husband Will Change When He Becomes a Father.

Do you remember how your husband reacted when you told him he would become a dad? Whether he was stunned, ecstatic or overwhelmed, his reaction was probably a result of the realization that his life would never be the same.

Parenthood can affect mothers and fathers differently, and for your parent partnership to be successful, you need to understand the ways it will affect your husband.

1. He'll wear a tiara and paint his nails

As your child grows, your husband's definition of what's "cool" will change too. Some things that he's never felt inclined to do before (read: tiara and nail polish) might become his very favorite things because they develop his connection with his kid.

2. He will think stretch marks are hot

Maybe before pregnancy, he wasn't attracted to post-pregnant bodies, but the experience of seeing you grow a human in your body has given him a new respect for what your body can do. So now that you've got a postpartum body, he thinks all that is pretty sexy. (And he wants you to think so too.)

3. He'll become frustrated by the limitations of being a man

He's always loved being a man, but after you have a child, he'll be more aware of the limitations of his male body. It can be frustrating for him to realize that there are some ways he is unable to nurture both you and his new child. For example, his body doesn't allow him to nurse, and that means he can't feed the baby when she's hungry, and he also can't feed her on your behalf.

4. His hormones are shifting too

Just because his body isn't housing and delivering a little one doesn't mean his body isn't undergoing a hormonal transformation as well. According to a study from the Memorial University of Newfoundland, as fathers interact with a new mother and baby, they increase in estrogen and oxytocin, and decrease in testosterone.

5. He needs permission to rest

You may feel like you're doing all the heavy lifting in this parenting thing, but your husband is doing more than you realize. He wants to support you at each step which can mean he's making dinner while you sleep and then staying up with you while you feed baby his dinner. Let your husband know that it's OK for him to take a break.

He desperately wants to be an amazing father, so all this criticism can take its toll, causing him to act defensively. If this happens, remember not to take it personally, to be patient and to praise him for all the great things he's doing.

7. He will get new friends

Now that he's a parent, he's going to gravitate toward a new squad. He wants to learn from other fathers and will feel a connection with them because of their life experiences.

8. He has no more spare time

This shouldn't come as a surprise, but it can still be easy to forget. He will have to let some of the nonessential uses of his time disappear. So before you get frustrated with him for never baking bread or vacuuming the car every week anymore, remember that he's redirected that time to changing diapers, soothing a crying little one, cleaning burp cloths, reading up on infant health issues and more.

He's grateful for the sacrifices you've made to have a child, impressed by the physical pain you can endure, awed a the abilities of your body, inspired by the way you treat your little one, and so much more. Basically, since having a baby, he believes you are even more incredible than he already thought you were.

As parents, you and your hubby are going through a lot of changes. It shouldn't come as a surprise that your little one will go through some big changes as well. To keep up, and to prevent you from having to buy new equipment as your child sprouts, get the Strolly 3-in-1 that transitions from a stroller into a trike or balance bike. 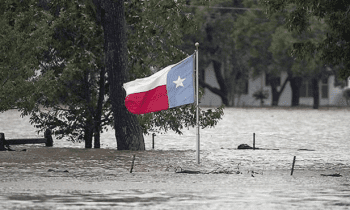 Mom Saves Her Baby Girl From the Texas…