A diet of pop culture vs. the nourishment of God

Pop culture and the word of God are increasingly at opposite ends of the spectrum. Does it really matter that much to society? To your family?

It seems that strong values are becoming a thing of the past as media outlets continually stretch the limits of what is and is not acceptable for consumers. Comparing TV, music, popular reading material and other entertainment from decades past, it's clear that the world has changed. But, at what cost?

What effect does the popular culture have on families? What social or moral agendas are being pushed? Does it differ from what God teaches? Are lives affected - either for good or bad - by what we watch, listen to and read?

Crime series, reality TV, teen and adult dramas are types of popular shows that are available for people to watch daily. Books and music follow suit. These types of media desensitize consumers to the point that offensive acts, vulgarities and inappropriate social interactions are no longer perceived as unacceptable and are even encouraged.

Think of the programs, music and books popular in your home. What is your family exposed to? What if your family was mimicking the characters, story lines and lyrics?

Living on a diet of pop culture

According to Livestrong.com, "For teens, that image is influenced to a large extent by personal choices, which are, in turn, influenced by the images and associations teens glean from pop culture on a daily basis." Teens idolize people they see on TV. They want to emulate them. When their idols make poor choices, little by little, easily-influenced teens can fall victim to the examples of Hollywood. Defining oneself by the ideals of the world will lead to discordance as natural gifts, talents and inner beauty are ignored.

With school shootings, brutal beatings and bullying prevalent in society, this is a highly debated topic. Violence seems to be everywhere - in song lyrics, video games, movies, television, the news and even books. The high doses of horrific scenes affect what happens in real life. Many shows begin with a murder, a rape or other horrid acts that people watch without batting an eye. The result is a population that seems unfazed by acts of violence against other human beings or animals.

Media teaches that women are sex objects, less than men and should accept rape and sexual abuse as the norm. Similarly, men are seen as sex-crazed, not in control of themselves, abusive, dominating and manipulative. Not only that, but these characters are portrayed as happy, no matter how used, immoral and cruel they are to each other. It does not work that way in the real world. This behavior leads to sorrow, disease and an overall unsatisfied life. The statistics are telling. Just one example: 1 in 6 women have been rape victims.

Nourishment via the word of God

Most of the commandments are broken in the media we consume - killing, stealing, adultery, lying, worshipping idols like money or prestige and so forth. Yet, by keeping the two greatest commandments, loving God and our neighbor, all the other commandments fall into place.

The Good Samaritan and the Golden Rule

"Do unto others as you would have them do unto you" is a popular phrase which we should all give heed. Christ taught this principle in Luke 10 about the good Samaritan. Even though the injured man was Jewish and the passerby, a Samaritan - two groups that did not get along - that did not stop the Samaritan from helping his "neighbor," a Jewish man.

The message still applies to us to love our neighbor, which Christ teaches is everyone. If we love our neighbor, we will not steal from them, commit adultery, kill, lie or do any other unkind thing. We would show love, respect and kindness regardless of opposing views, differences of race or religion and even when they treat us unkindly.

Gods laws are not meant as restraints, but allow freedom

Some may see keeping commandments and other teachings of God as a list of rules that keep us from having fun. In reality, they keep us free. Bad choices have bad consequences. For example, immorality or infidelity can lead to sexually transmitted diseases, unwanted pregnancy, broken families, hurt feelings and sorrow which place limitations on future choices. Conversely, avoiding such temptations keeps our options open. Making good choices brings freedom and peace.

Obviously, partaking of various media can lead to discussions of right and wrong and the consequences of choices, as some may argue. However, as a society, we become desensitized to what is wrong by large doses of pop culture. To keep your family on the right path, it is necessary to learn most lessons from God's word. Read this article to help stay your family stay on the path to true happiness. Help your family choose more wholesome forms of entertainment and be sure to discuss standards that are acceptable versus what is not. 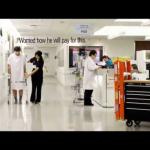