A newer, better Thanksgiving tradition for your family

Our Thanksgiving tradition used to be eating too much and then watching as many football games as possible - then, everything changed...

For our growing family, the Thanksgiving weekend was once a time to scramble around seeing grandparents and trying to get started on some Christmas shopping. Thanksgiving Day was about food and football; our tradition consisted of watching the Macy's Parade in the morning, eating way too much and then watching as many games as we could cram into the remainder of the day. It was nice that everyone was together, but other than the blessing on the food, the day had very little to do with "thanks" or "giving."

Then, one year, something happened quite by chance.

The parade was getting a little long, the turkey had another couple of hours to cook and the kids were bored. Desperate for something to do, I grabbed a roll of calculator paper - that tells you how long ago this was - and yelled, "Hey, let's play a game while we wait for dinner!"

The game? Making a list of everything we could think of that we were thankful for.

This may not have worked without our competitive kids. They got caught up in putting more things on the list than anyone else. Someone would yell something out, and I would write it down, number it and yell out,"Forty!... Fifty!" As we unrolled the narrow paper, our list grew...

The things at the top of the list were obvious - freedom, parents, shoes - but as our list reached 100, some of the items got a little obscure - doorknobs, potato peelers...

"Come on! Are you really thankful for that?" I protested.

"Sure! How would we open doors?"

That first year, our list reached 500 (that had become the goal at about 400 when someone yelled, "Let's keep going! We're almost to 500!") When we finished, we strung our list up like crepe paper above the dining table. The spirit and conversation of gratitude held up throughout the entire meal.

A new family tradition was born.

The next Thanksgiving, of course, we had to break our record and get to 600. We kept all those rolls of paper, all those lists of gratitude - each a testament to the blessings and joys of a year almost past.

As our children got older, as Thanksgivings were spent with extended families and friends, the "thankful list" evolved into "the thankful game." Now, as we sit around waiting for the turkey to cook, each person makes a list of 10 unique things that he feels profoundly grateful for. Then, each list is read aloud. Any blessing that is also on someone else's list has to be crossed off, and each person's final score is based off of how many things he listed that no one else thought of.

Whether it's a list, a game or some other activity, see if you can make your family's Thanksgiving traditions focus on "Thanks-Giving!" 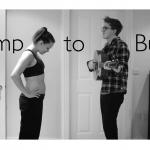